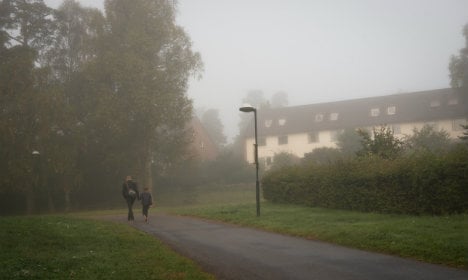 File photo: Cecilie Larsson/imagebank.sweden.se
Knowledge of both the conditions of children in care and whether measures taken to help them have a positive effect is critically lacking, says the report.
The number of children taken into care by the authorities has increased consistently, according to an article by newspaper Dagens Nyheter.
Statistics published by the National Board of Health and Welfare (Socialstyrelsen) state that 32,500 children were placed in social care at some point during 2013, including in foster homes and other institutions.
Unicef predicts that this number is likely to increase drastically following the influx of unaccompanied refugee children in the years subsequent to 2013.
In the report, entitled Children and Social Care, the organisation questions the level of understanding of whether it is beneficial for so many to be put through the traumatic process of relocation.
Existing studies may in fact point to the opposite being the case – that intervention by social services is often detrimental to the well-being of the children.
“It is quite shocking that studies suggest that children are actually worse off after intervention and that more is not being done for the most vulnerable children in care,” Christina Heilborn, chief legal officer with Unicef, told Dagens Nyheter.
“The fact is that this is continuing despite the big gap in our understanding. Thorough research into the effects of these types of measures is required,” said Heilborn.
The report, put together by researchers from Stockholm University, also notes a lack of studies into the conditions experienced by children while they are in social care, but that almost half of girls placed into boarding home-style institutions (HVB-hem) do not feel comfortable in those institutions.
“[The placements] risk not least adversely affecting progress in school, which we see as the most important factor to take into consideration for vulnerable children,” Heilborn said to Dagens Nyheter.
“Giving the child more of a say in the decision and thereby more influence over his or her own situation is one potential area in which things could be improved,” Heilborn told the newspaper.
In the Dagens Nyheter report, Heilborn also notes the difficulty in correcting instances in which children get into trouble once rehomed.
“When mistakes are made and children are put into detrimental environments, it is almost impossible to correct with things the way they are.
“We hope the entire system is reformed,” Heilborn said.
Url copied to clipboard!