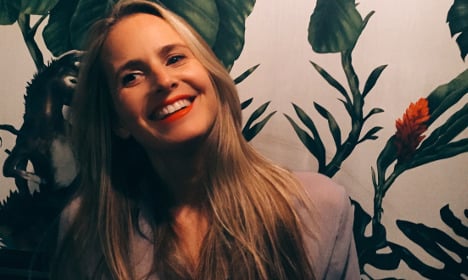 Erin Bonnier is fond of Sweden today. She knows her way around Stockholm, can list a fair few of the capital's hidden gems, knows who makes the best meatballs in town and has finally managed to get her gregarious American personality to gel with the silence of the Swedes.

She moved from London to Stockholm with her Swedish husband David a year and a half ago, leaving behind one of Europe's most vibrant, bustling, sociable and international cities.

“My husband is Swedish but had never lived in Sweden, but always wanted to at some point. Even before we married he said that Sweden was in the cards. And actually my dad's father's parents are both Swedish, so there is a bit of Swedishness in me too,” she explains to The Local.

But moving into her apartment in Stockholm and trying to talk to the neighbours without any response, or making a joke in a restaurant only to be met with a deafening silence from the strangers around her, made her feel like she would never fit in in her new country.

“There was a coldness and lack of connection between people. I felt that the energy was flat. It's not that it was bad, it was just different. But I took it personally at the time, and it made me feel uncomfortable and lonely,” she says.

The 34-year-old former PR worker, however, was never one to give up.

“When I moved here I didn't know what I wanted to do, so I started exploring Stockholm, asking around, finding out more about where to go and what to do. And I thought, why don't I just turn it into a guide?” That guide became Stockholm Lokal, a website about all things related to Swedish culture, style and Stockholm. Bonnier uses the space to introduce people to the capital, and interview Swedes and other immigrants about their top tips and hangouts.

“I wanted to find spaces that were unique to Sweden. Where can you go that is authentically Stockholm? It was an interesting way for me to get to know Stockholm – my Swedish friends tell me that I know more about it than they do,” she laughs.

She has recently branched out into running her own Stockholm Lokal podcast, using her skills from working in radio back at university in the US. “And I love talking,” she quickly adds.

But on a more serious note: “Stockholm is more closed than the US, people are more in control of their emotions. I wanted the podcast to be a platform where I could talk very openly, and even vulnerably, about various issues. I mean, my first episode is a therapy session!”

She's not joking. Her first episode, 'An American in Sweden', is indeed a therapy session, in which she talks to a therapist about how she could learn to adapt to her new life in Sweden. In the second episode, she discusses fear, sex, intuition and intimacy with a shaman.

Bonnier does not have any specific goals for the podcast at the moment, taking things as they come. “For a podcast you have to build up several episodes and a following before you can get sponsors. So I follow my intuition and when I meet someone who inspires me I say 'let's do a podcast'.”

The general goal, however, is for it to be a space to explore and discover new aspects of Swedish culture, but her plan is also to dig deep into topics that are often not talked about in daily life – anything and everything from green issues and sustainability to sex, swingers and polyamory.

“The goal is to take relevant topics and look at them openly,” she says, describing a platform she feels is perhaps missing in the Nordic country at the moment. “Swedes are very emotionally controlled and there are certain things they don't feel as comfortable opening up about, which comes from history and centuries of religious suppression, no one's above, no one's below. Not all Swedes, obviously, but there's a common thread.” Bonnier with the book 'The Social Guidebook to Sweden'. Photo: Private

She also wants it to be a space to learn about other cultures, too.

“When I lived in America I thought it was the best place in the world, because that's what I was taught. But moving away and getting exposed to other cultures and news has made me look at it differently and learn more, about the negatives as well as the positives,” she says. “That perspective is one of the biggest gifts I've got from moving.”

“I started talking to an Iraqi taxi driver and was worried about what he thought of me, as an American, after the war and what we did to his country. But he was one of the nicest people I've ever met! I feel since moving to Sweden I've taken more of an interest in other cultures, maybe because I'm an outsider too.”

She firmly believes that celebrating the things that make us unique brings us closer together, and hopes that Swedes too will tune into her podcast, in a gentle effort to break those who want it out of their shells.

“I think what's important is that you need to connect with yourself before you are able to genuinely connect with others. If you're raised in a collective where everyone is taught to be the same, it is difficult to connect to yourself. I would love for Swedes to be more individual and in touch with themselves.”

“One of my goals behind the podcast is to make people ask themselves things like 'am I doing this job because it's what I really want to do or because it is expected of me?'”

Bonnier's best advice for other people moving to Sweden is to be open-minded and not fear failure.

“Don't have any expectations, don't be upset with yourself if it doesn't go as planned. I don't think people realize that going into a very different culture is a huge shock, so have flexibility with yourself, it's okay if it's not great. But don't dwell on the negatives either.”

Most importantly, don't be afraid of talking about your emotions, she says, whatever they are. That's how she got over her initial homesickness and learned to appreciate the Swedes for their quiet friendliness.

“In a way Stockholm Lokal was something I created because I needed it,” she says. “I hope that it also resonates with others.”

SWEDEN IN FOCUS
PODCAST: Why does Sweden allow profit-making schools?

SWEDEN IN FOCUS
PODCAST: What are the Sweden Democrats’ plans for immigrants?

SWEDEN IN FOCUS
PODCAST: What next for Sweden as far right catches scent of real power?
Url copied to clipboard!