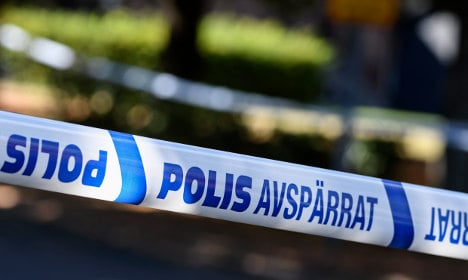 Police wearing gas masks began cordoning off the district court building in Borås municipality, western Sweden, at around 11am on Monday after it received post containing the mystery powder.

“We're not allowed to leave the building. So we're not evacuated but stuck in here,” a person inside the building wrote to regional newspaper Borås Tidning (BT) in an e-mail before noon.

Police began to evacuate the building in the afternoon. The council building in Svenljunga and the police station in Borås also received the powder in the mail on Monday, said the police on their website.

Twelve people who had been in contact with the white powder were put under quarantine.

But on Monday afternoon an analysis showed that the powder sent to the district court was just cocoa powder and sugar, Henrik Andersson, head of the fire and rescue services in the municipality, told BT.

The powder sent to the police station and the council house was also declared not dangerous.