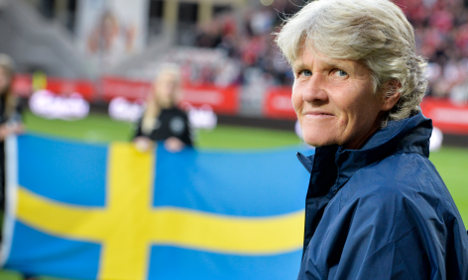 Sundhage, whose inspired coaching led the Swedish women's football squad to Olympic silver in Rio, will leave the team in 2017 and be replaced by Peter Gerhardsson, the Football Association announced on Tuesday.

She will stay on in her position through the European Championships in the Netherlands next July-August.

Her replacement, 57-year-old Gerhardsson, is currently the coach of Häcken, a Swedish first-division team that finished tenth out of 16 this year.