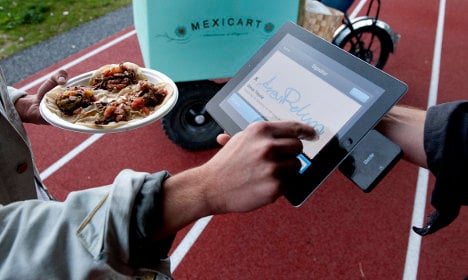 FinTech – short for financial technology – is an emerging sector of the financial services industry which harnesses technological innovation. Some of Sweden’s big hitters in the field include online payment giant Klarna and card reader manufacturer iZettle.

But while the Swedish capital attracts almost a fifth of overall FinTech investments in Europe at present, the city has until now lacked a specialist hub in the field. Backed by the likes of Invest Stockholm, KPMG, and one of the partners at startup enabling firm BLC Advisors, it is hoped that the launch of Stockholm FinTech Hub in 2017 will provide a support system that can minimize challenges and increase opportunities for entrepreneurs in the area.

“We know there’s going to be challenges with the FinTech companies, the banks, and regulators both here and in Brussels. But if we strive to create an environment where they’re lessened, we’ll be a lot further ahead than we are today,” Stockholm FinTech Hub co-founder and BLC Advisors partner Matthew Argent told The Local.

The goal with the new hub is for specialist knowledge to be shared and collaborations created between entrepreneurs, large banks, investors, regulators and the Swedish government. On an international scale it will also share connections with 42 FinTech hubs across the world, and collaborate with similar Scandinavian hubs in an effort to help Swedish startups develop.

“We’ve got a communication line with the FCA (Financial Conduct Authority) in London who have been through a similar process, so we’re able to pass on information as to how other cities have reacted and evolved to deal with these challenges in a positive way,” Argent explained. “We already have a close relationship with the hub in Copenhagen and aim to work with Helsinki and Oslo when relevant,” he added.

Set to open in the first quarter of 2017, the central Stockholm building will contain a co-working space and conference centre, as well as providing an education programme for financial technology startups. Plans for information sharing events include bringing in banks to present FinTech entrepreneurs with what they are looking for in terms of innovation.

Next year already looks like an exciting one for Stockholm's startup scene. Along with the new FinTech hub, a 170 million kronor ($19.85) hub backed by one of the founders of Klarna is also due to be launched, with the centre targeting entrepreneurs who want to solve social problems.