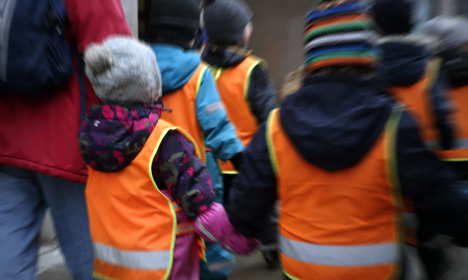 An anonymous report was filed to the inspectorate in October over an issue at the independently operated Christian preschool, which was said to have a practice of not letting children leave the table if they didn’t say grace or amen, local paper Folkbladet reports.

The report cited an incident where a three-year-old child was made to sit at the table with a teacher while other kids were outside playing until the parent arrived at 4pm. The incident, the report claimed, was a violation of the child’s religious freedom, with the punishment described as against both the preschool’s values and the right to equal treatment.

Sweden’s School Inspectorate explained to The Local that they do not have supervisory responsibility for independent preschools however. Instead, it is up to the local municipality to deal with reports on any schools of that type in their area.

The school went on to give its version of the incident in a letter to the local municipality, insisting that it was not part of a repeated practice as claimed, and that they had apologized repeatedly for it.

“It was a one time thing. We sat at the snack table, and the child did not want to follow instructions but instead do its own thing. Then the child was told to stay there until it would communicate. But the child was made to sit there a bit too long. We should have stopped earlier,” the preschool's head told Folkbladet.

The municipality has since closed the case, saying it was satisfied with the school's explanation. It asked the preschool to inform all guardians of children about what happened however, as well as what had been done to make sure something similar does not happen again.