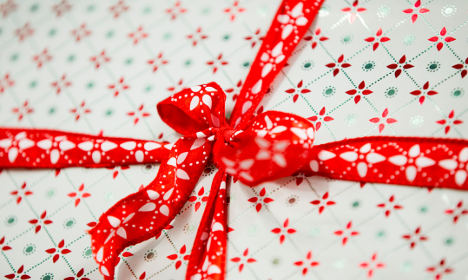 The Swedish furniture giant traditionally pays out an extra sum of money to all staff who have worked for the company five years or more every year as part of its employee loyalty scheme.

All full-time staff are paid the same amount, no matter their monthly salary level, position or where they work. Part-time employees' bonuses correspond to the hours they have worked.

This year, Ikea staff around the world will get to share 108 million euro. For Swedish workers, that means that those who qualify for the loyalty scheme will get around 14,700 kronor each ($1,600). The money will be added to the workers' pensions.

“We want to be an amazing place to work, where people are happy, thrive and want to stay. We know that our colleagues primarily want to work for us because we are a values-based company with a focus on development,” human relations manager Karin Bergman said in a statement.

Ikea was founded in Älmhult in 1943, by Ingvar Kamprad in Småland, a rural region where its headquarters are still based. The 90-year-old businessman is known for his frugality despite now being one of the planet's richest people with more than 300 Ikea stores worldwide.

The company, despite being one of the Swedes' favourite brands, regularly comes under fire over allegations it dodges tax bills due to aggressive “loophole” strategies – claims which it denies.