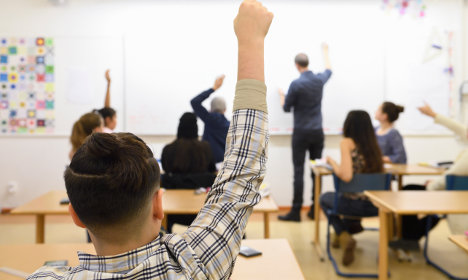 A total of 65 percent of respondents told pollsters at Novus that they do not believe pupils learn everything they need in school, reports Swedish radio's news programme Ekot.

Thirteen percent said they had no opinion and 23 percent instead took a positive view.

The survey is released a day ahead of the OECD's major Pisa survey, which measures pupils' skills in maths, reading comprehension and sciences. Swedes are hoping for an improved performance after the last Pisa report showed they were sliding in the ranking.

However, few Swedes believe that teachers are to blame for falling results.

Only three percent told the poll that they believe it is the fault of teachers, compared to 62 percent who said they thought the teachers are doing their job in providing knowledge to pupils.

“What's interesting about education is that when you ask about people's general picture, many have a negative opinion. (…) But when you ask in detail about whether or not the teachers are doing their job, they think they are. They think that the teachers are the least to blame. It's the state, followed by parents, followed by municipalities,” Novus opinion analyst Liza Pettersson told Ekot.

And there is still the chance that things could be on an upward trajectory. In November international ranking Timss suggested that schoolkids have improved their maths and science skills in the past few years.

“Congratulations to Sweden,” Dirk Hastedt, head of the International Association for the Evaluation of Educational Achievement (IEA), told The Local when the results were revealed last week.