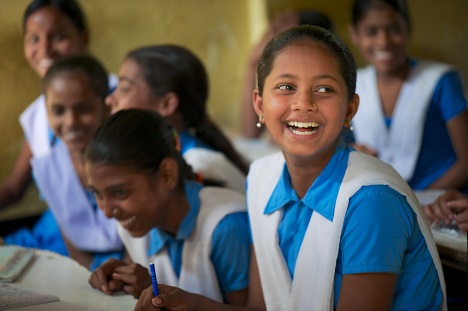 With the view of creating intellectual capital and awareness on girls right to education, the Association of Foreign Affairs (UF Malmö) and The Hunger Project organized a panel discussion with local and international specialists on the subject.

The panel members were:

Sara Wettegren, Country Director of The Hunger Project, Sweden, who believes that empowering women is an important link toward ending hunger and poverty

Melissa Bojang, in charge of the youth division, at the UN Association in Malmö, which was established in April this year with a purpose to raise awareness about human rights

Helle Rydström, anthropologist and researcher from the department of Gender studies in Lund University The focus of the discussion was how child marriages affect girls’ rights to education from a local to global level, especially since over 132 such cases have been reported by Migrationsverket in the past year in Sweden, according to the Sydsvenska newspaper.

In all of these cases the girls were married abroad before entering Sweden. Nils Karlsson admitted that this creates a tricky situation since, in some cases, both the girl and the boy were minors and hence it was not permitted under the Swedish law for them to reside together as a married couple.

Melissa Bojang agreed and said that, during her interactions with these youth, she has seen that it is more challenging for the boys rather than the girls to acknowledge the change in culture and to integrate with the UN Convention of Rights.

Helle explained that the issue needs to be viewed in terms of power relations, as often in such cases the girls are made to believe that the arrangement is essential for their own safety and security. Sara Wettegren’s international perspective seconded this view. Often girls in Bangladesh tend to lie about their age in order to conform to the norms, she said. The government in Bangladesh also tried to lower the legal age of marriage from 18 to 16 years – a move which The Hunger Project strongly opposed and fought against.

Amongst other issues that were discussed in relation to education, Nils Karlsson also touched upon the economic divide between the schools in eastern and western Malmö, which tend to face issues such as lack of funds to hire qualified teachers.

In a stunning discovery, it was also acknowledged that boys in Sweden are more likely to drop out of school compared to girls who often perform better academically.

However, there was a silence when the question of why men get paid more than women was raised.