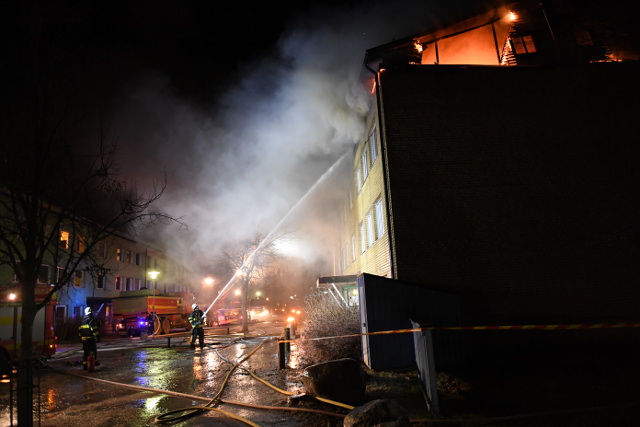 Residents jumped from their balconies to escape the flames that engulfed the building in Upplands-Bro on Tuesday morning.

“I was asleep and heard screams. My mum woke me up, then I saw people jump from the balcony on the third floor, it was terrible,” Baraq Mohammed Ali, who also lives in the apartment block, told the TT newswire from his relatives' home, where he and his family took refuge.

Emergency services were called to the scene shortly after 3am and battled the flames for hours.

Several people were taken to hospital, including around four children who were said to be in stable condition.

The building suffered heavy damage and authorities said that it will take days, or even months, before people are able to move back in.