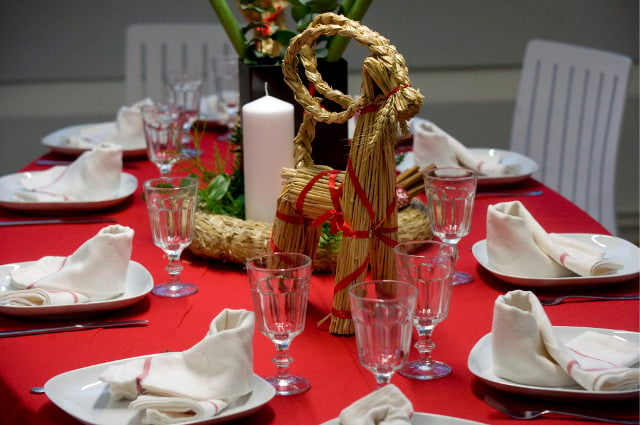 Not the Christmas meal in question. Photo: Fredrik Sandberg/TT

The district branch of SD in Värmland, western Sweden, sent out a press release to local media on Monday explaining that their booking for a 'julbord', the traditional Swedish Christmas dinner, had been cancelled by the restaurant where they had attempted to make a reservation because the outlet was worried about the reaction, newspaper Värmlands Folkblad (VF) reports.

In the press release, SD district chairperson Runar Filper compared the cancellation with the discrimination against ethnic groups that occurred during World War II, and blamed media pressure for his failed Christmas meal.

When asked why he thought the media was to blame for the situation, the chairperson replied “it was the media that reported on the thing with the Grand,” referring to events in November, where Stockholm’s Grand Hotel was met with a wave of online protests after it allowed a nationalist-organized event to be held there.

Grand Hotel later apologized and said it should never have taken the booking.

“If that had not been reported, the restaurant wouldn’t have cancelled our reservation,” Filper added.

Asked by the newspaper why he had sent out a press release in the first place if he didn’t want the media to report, the SD member responded “it is you who decide if you write something or not”.

The owner of the restaurant in question explained that she was worried that allowing SD to have a Christmas meal there would impact her business negatively, and as such contacted the party to let them know that the booking would be cancelled.

The Värmland branch of SD did manage to have their Christmas meal in the end, hiring a space elsewhere and ordering in catering instead.