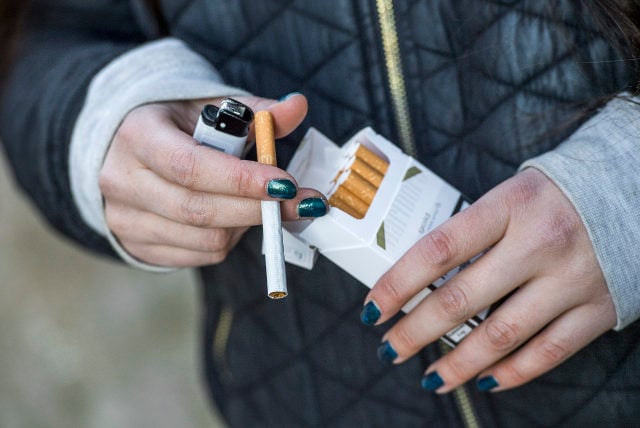 EU statistic office Eurostat’s Tobacco Consumption Study shows that only 16.7 percent of people aged 15 or over in Sweden are smokers, the lowest proportion recorded in the EU. In cigarette keen Bulgaria by comparison, 35 percent smoke, and the overall EU average is 24 percent.

Even Sweden’s similarly health-conscious Nordic neighbours showed a greater tendency to smoke, with 19.3 percent in Finland and 20.9 percent in Denmark doing so.

Perhaps unsurprisingly considering Sweden’s small proportion of current smokers, the country also has the lowest percentage of passive smokers, only 5.9 percent. At the other end of the scale was Greece, with nearly two thirds (64.2 percent) saying they are passive smokers. The study defines passive smokers as people who are exposed to smoke indoors on a daily basis.

Indoor smoke has been a decreasingly common sight in Sweden for more than a decade now. Since 2005, smoking has been banned in Swedish bars and restaurants, and there have even been calls to take that one step further by banning the habit at outdoor terraces and other public spaces.

Sweden is unusual in that cigarettes are not the most popular tobacco product in the country. Instead, the smoking ban has helped that title to go to snus, a type of tobacco placed under the lip and used by almost a quarter of the population, but not available for purchase in any other EU member state.

The alternative tobacco product is not without its critics. In September, a Norwegian university published research suggesting it is more dangerous than previously believed, and that the damage it causes to blood vessels is on a par with that caused by smoking.

The last noteworthy point to emerge from Eurostat's figures from a Swedish perspective was an unlikely example of the country's gender equality. In every EU Member State studied, the proportion of smokers was higher among men than women, with the average being a 9.2 percentage gap, breaking down at 28.7 percent of men being smokers, and 19.5 percent of women.