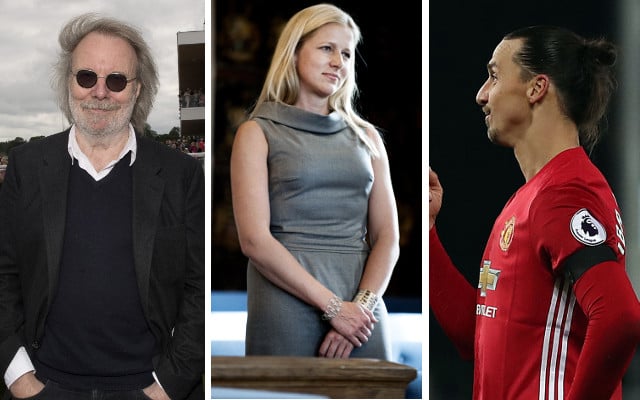 Swedish business magazine Veckans Affärer has just released an updated list of Sweden’s (kronor) billionaires, and with 20 more achieving that status in 2016, the ranks have grown to include 178 people.

The list shows that having the biggest amount of global fame doesn’t always correlate with having the biggest share of available wealth. Not a single Swedish actor makes the list, for example, despite Hollywood action hero Joel Kinnaman starring in several major blockbusters in recent years, and there isn’t a Skarsgård in sight.

Nor do Sweden’s sporting icons make a particularly great show of force. Björn Borg may have a popular underwear brand bearing his name these days, but he doesn’t make the cut. Even Zlatan Ibrahimovic, arguably the most famous modern day Swede, ‘only’ manages to place 147th with his worth of 1.2 billion kronor.

For all that Sweden is portrayed as a land of cool young business owners, the list shows that the oldest names are still largely the wealthiest. While younger entrepreneurs like 35-year-old former Kinnevik CEO Cristina Stenbeck (5 billion kronor) and 33-year-old Spotify founder Daniel Ek (8 billion kronor) are high up the list at 49th and 34th respectively, the top 20 only features one name under 40.

Minecraft brains Markus Persson can thank gaming addicts the world over for his ability to buck the age trend. Here’s 20 through to 11:

And now for the top 10, where some of Sweden’s longest established brands dominate:

Ikea founder Ingvar Kamprad's 73-year-old innovation of flat-packing still pays off in 2016, it seems. Those young folks have a long way to go yet.