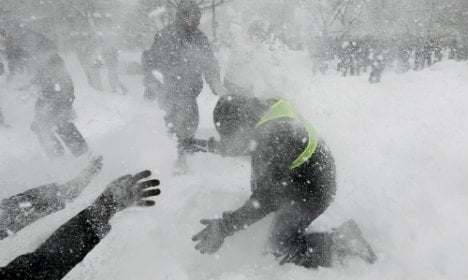 Not the snowball fight in question. File photo: Alex Brandon/Scanpix/TT.
Although the snowball fight started as a game, it soon turned violent and police were called after a boy was so badly injured that he had to be taken to hospital.
Exact details about the incident, which took place three weeks ago, are unclear, but it appears that the boy received a kick or punch to the face.
Both school and parents reported the incident to the police, and an ongoing investigation into suspected assault has been opened. The investigation concerns multiple victims as well as perpetrators.
Parents of the affected children have criticised the school for not reporting the incident to the police immediately. The school is reported to be looking into measures to help prevent similar incidents in future.