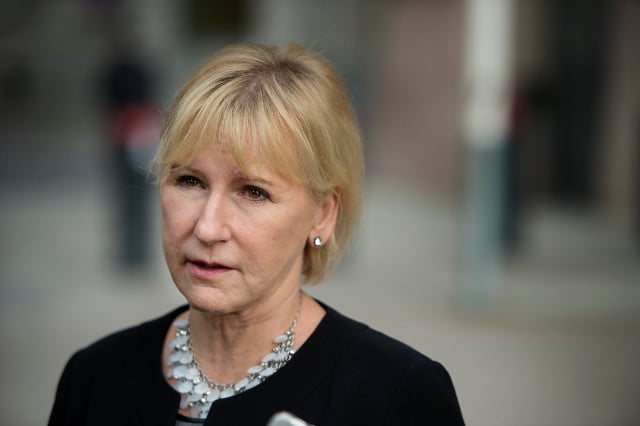 The Swedish foreign minister will meet President Mahmoud Abbas and her Palestinian counterpart Riad Malki during her visit from December 15th to 17th, said the foreign ministry.

“The focus of the talks is how Sweden and Palestine can deepen relations after Sweden's recognition of Palestine, the importance of democratic development, respect for human rights and gender equality and what can be done to strengthen the hope of a two-state solution, in which Israel and Palestine can live side by side in peace and security,” her office said in a statement.

Sweden's ruling centre-left coalition recognized Palestine as a state shortly after it came to power two years ago, a controversial move hailed in some quarters and strongly criticized in others.

Israel responded by recalling its ambassador Isaac Bachman. He returned to Stockholm a few weeks later, but the relationship between Sweden and Israel has been frosty since.

Wallström's outspoken comments about the Israel-Palestine conflict made the country declare her persona non grata earlier this year. And repeated requests by the Swedish government to allow its representatives to visit Israel have been denied.

The visit to Palestine comes as France continues to push for an international conference to breathe new life into the peace process and bring the two countries back to the negotiation table.