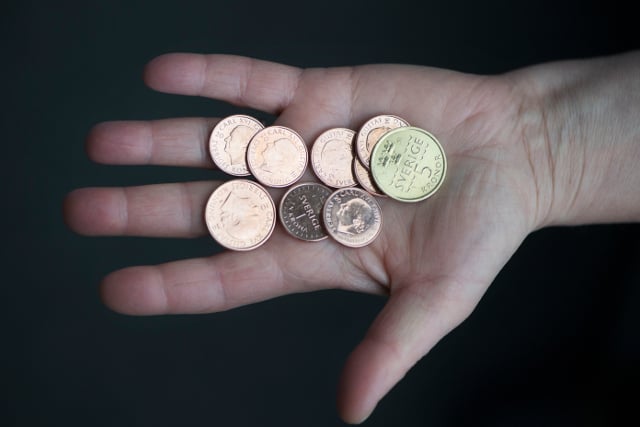 More than 100 people have been told to pay more tax. Photo: Fredrik Sandberg/TT

The project started around a year ago at the initiative of Sweden's national security services Säpo.

It has so far handed over a list of 400 people suspected of financing terror-related activities to the Swedish tax authorities, Skatteverket, who then examined their tax declarations.

Skatteverket is still working its way through the list, but has found signs in around 70 percent of the cases it has investigated to date that not enough tax has been paid. Newspaper Sydsvenskan reports that around 120 people have so far been told to pay up.

“We look at their accounts and their lives and way of living and see if that indicates that they ought to be paying more tax than they are,” Pia Bergman, Skatteverket's national coordinator against organized crime, explained to The Local.

The scheme has so far resulted in an extra 11.1 million kronor ($1.2 million) being paid to the Swedish state. It is just one part of the effort to crack down on networks supporting terrorism, and Skatteverket only focuses on the tax side of things, while Säpo continues the criminal investigation.

“I think [Säpo's] idea is that if you can reduce their financial capacity there is less opportunity for them to finance terror activities,” said Bergman.

Sweden tightened its anti-terror laws in April, making it illegal not only to fund terrorism, but also to provide financial support for travels abroad, if the intent behind those trips is to commit acts of terror.

However, the money link is difficult to prove.

The last time anyone was convicted of financing terrorism was in 2005, when two men were sentenced to jail for running a 'terror bank' out of a falafel stand in Malmö. They then sent several hundreds of thousands of kronor to the terror group Ansar al-Islam who carried out a deadly suicide attack in northern Iraq.

Säpo believes that around 300 Swedish nationals have travelled to Iraq or Syria to join Isis. Around 50 of those are believed to have died and some 100 returned to Europe.

One of them, Osama Krayem from Malmö, is currently under arrest in Brussels on suspicion of being involved in the fatal terror attacks in Paris and the Belgian capital.