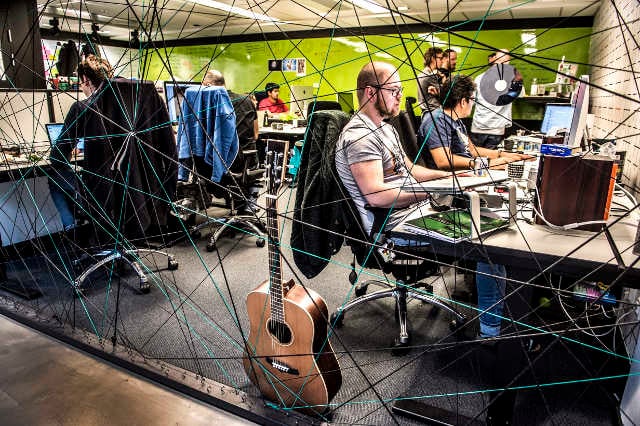 Startups have long argued that they were struggling to attract key workers due to Sweden’s relatively high taxes on profits from employee stock options (currently taxed at a rate up to 67 percent). The stocks are often used to attract staff in a company’s early stages, when cash is tight.

In April, Spotify founders Daniel Ek and Martin Lorentzon wrote in an open letter that the current rules on employee share schemes are one of several issues which risk stalling Sweden’s momentum as a startup leader, and that the country must be able to facilitate the brightest talents becoming part-owners in emerging businesses.

The Swedish government last year launched an inquiry tasked with reviewing the rules, but when the findings were first revealed in the spring they were met with a negative response in some quarters. Spotify’s Ek and Lorentzon even argued that they should be scrapped and entirely new proposals created.

On Monday, the government presented a partially revised proposal, saying it had listened to the criticisms. A number of the changes had been revealed 24 hours earlier in an article in Swedish newspaper Dagens Industri.

“The limit for when a company can be considered a startup has been moved to ten years. The rules have been made more generous so that existing shareholders can be covered, and the administrative requirements have been reduced,” the column penned by Finance Minister Magdalena Andersson, Enterprise and Innovation Minister Mikael Damberg and Minister for Financial Markets and Consumer Affairs Per Bolund detailed.

It is proposed that employee shares should not be considered taxable income, and the employer would therefore also not pay payroll tax on them. Instead, the shares would be taxed as capital gains when the stake in the company is sold.

There are a number of conditions which must be met in order for the tax breaks to be granted however. The business must have no more than 50 employees for example, and a net revenue or balance sheet total of no more than 80 million kronor ($8.55 million).

Those conditions do not satisfy Elisabeth Thand Ringqvist, chair of the Swedish Private Equity and Venture Capital Association (Riskkapitalföreningen), which like Spotify had pushed for rules to be revised.

“50 employees is exactly when a company begins to grow. This creates great uncertainty. I think it will be a factor which means people don’t use the proposed break, because it will be too difficult,” she told news agency TT, adding that a limit of 250 employees would have been more fair.

The Swedish government argued however that the reason for the restrictions is that a more generous proposal would risk being stopped by the European Commission, and scrapping the suggestions from the inquiry and starting from scratch would not have been practical.

“Starting over from the beginning would have taken a long time. And then startups would have paid a price for that,” Enterprise and Innovation Minister Damberg said.

If the European Commission approves the Swedish proposals they will enter force by January 1st, 2018.