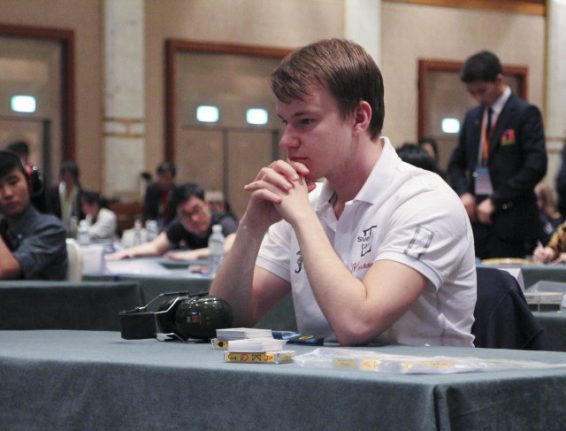 Despite the success the brainy Swede wasn’t entirely satisfied with his performance, after making a mistake in a third discipline, binary numbers.

“I’m not pleased with my performance. It wasn’t at all what I had planned. In my best category, binary numbers, it went all wrong and it was tough to focus after that. But in the end it was two gold medals, so you can enjoy that,” Wallonius said in a press release.

Along with his success at the World Memory Championships, the medicine student currently holds the Swedish record for memorizing an entire deck of cards, and is capable of doing so in 33.03 seconds.

But Wallonius could soon have a challenger from his own country. Gothenburg-based Emma Andersson won Sweden’s first junior medal at the competition in Singapore when she took gold in the abstract images category. Andersson memorized 527 abstract images in the correct order in 15 minutes.

Like Wallonius she too was somewhat disappointed however, as she had managed well over 700 in the same time in training.

“There were a lot of people moving around me during the discipline. Because I was sitting among the juniors who finished a bit earlier there were a lot of officials running around and collecting their papers. That disturbed me and because I remember so many, I really need every second I can get,” Andersson said.