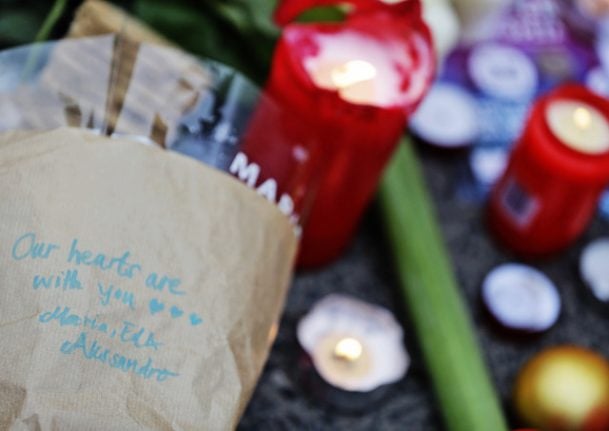 Candles and flowers laid at the site in Berlin where a truck ran into a crowded Christmas market. Photo: Matthias Schrader/AP

Along with the 12 deaths, 48 more people were injured in the incident in the German capital, with some in critical condition. On Tuesday morning German police described the incident as a “probable terrorist attack”.

Christmas markets are an important Swedish tradition and a tourist attraction in some of the country’s cities. Asked whether people should now think twice about visiting them, Ygeman urged them to continue going about their lives as normal.

“I believe we must continue to live our lives as we wish, and not let threats, hate or attacks change our way of living,” he told Swedish news agency TT. “Then we would have already started to give the terrorists an important part of a victory.”

In Germany, the country's interior ministry has also said that Christmas markets should stay open in the wake of the attack.

Ygeman noted that Swedish authorities are in contact with both German police and security police, and emphasized that there has been nothing to suggest the threat level in Sweden should change following events in Berlin.

“At present there is no reason to change your behaviour, be scared or worried because of what happened in Germany,” he said.

Sweden’s Security Service (Säpo) has had an “elevated” national terrorist threat level (level three on a five-level scale) in place since March 2016, when it was reduced from “high” (level four).

READ ALSO: Live updates from Germany after a truck drove through a Christmas market on Monday

In a statement on the deaths in Berlin as well as the shooting of Russia's ambassador to Turkey on Monday evening, Swedish Prime Minister Stefan Löfven called the incidents “terrible outrages”.

“Appalling events have taken place this evening. In what may have been an attack in Berlin, innocent people were killed and injured as they prepared to celebrate Christmas. In Ankara, the Russian Ambassador has been murdered in an attack on the freedom for diplomats to safely represent their countries. Two more terrible outrages are added to the roster of 2016,” Löfven wrote.

“My thoughts go to all of the families and friends who are grieving, and to the countries affected. The Government is following the situation closely. We are in close contact with both the German and Turkish authorities, and we currently have no information indicating that any Swedish citizens have been injured in the attacks,” he added.