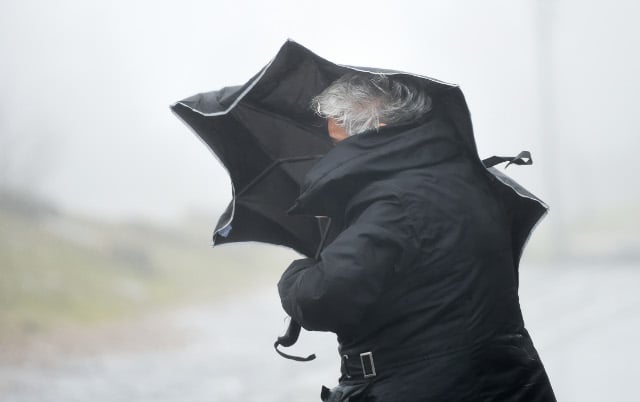 Sweden is set for a windy Christmas. Photo: Arne Dedert/AP

The UK will feel the wrath of Storm Barbara on December 23rd, with winds of up to 144 km/h predicted in Scotland, and it's then expected that low pressure and challenging weather will move east towards Sweden.

Swedish national forecaster SMHI has issued a class-one weather warning (the least serious on a scale from one to three) for strong winds across most of the country’s coast, and has told Swedes to be wary of traffic problems and falling trees during the festive period.

At the moment the wind is expected to reach its worst on Boxing Day (December 26th), and it could stick around on December 27th until it dissipates.

For anyone still holding out for a white Christmas, the best chances are in Norrland in the north, but the rest of Sweden is more likely to see far less magical sleet, forecasters say.

“It’s looking like it’ll be quite wet downpour. On the morning of Christmas Eve it could be quite messy, windy weather, which you should think about if you’re going to go out and drive at that time,” SMHI meteorologist Marcus Sjöstedt told news agency TT.

SMHI recommends that anyone traveling around the Christmas weekend in Sweden should regularly check weather updates for the latest information.