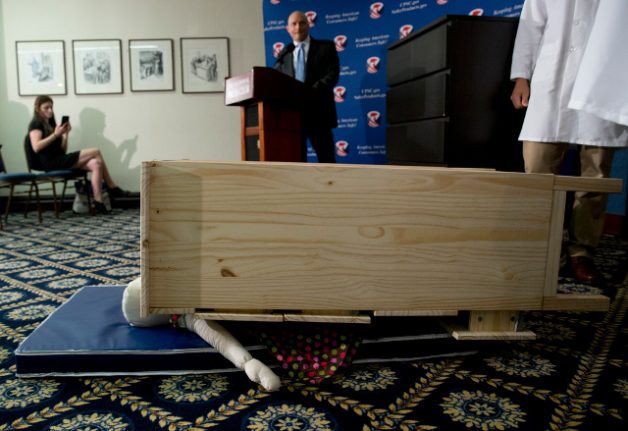 The money will be split evenly among the families, reports NBC News. In addition, Ikea will donate $50,000 to three children's hospitals and $100,000 to a safety nonprofit foundation.

After their deaths Ikea recalled millions of its drawers earlier this year in several countries, including the US, Canada and China, and announced it would stop selling them.

Prior to this, it offered customers free wall fittings to secure the dressers in a huge campaign. Owners were urged to immediately discontinue use of the affected products if not anchored to walls, and to move them to rooms not accessible by children.

At the company headquarters in Stockholm, and Ikea group spokeswoman told the AFP news agency at the time that the drawers met “all mandatory stability requirements on all markets where sold”, adding that the bureaus were “safe when anchored to the wall”.

Ikea has sold more than 147 million chest of drawers over the past 13 years, just over half of them – 78 million – of the Malm brand, the company said in June earlier this year.