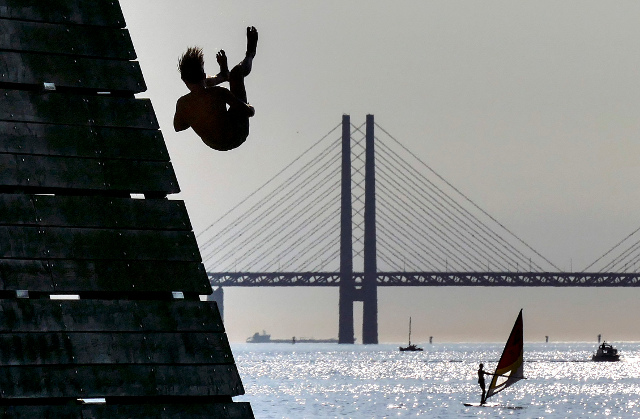 December figures are not yet available, but Southern Swedish public transport operator Skånetrafiken said it sold 17 percent fewer travel cards for Öresund rail commuters between January and November in 2016 compared to the same period last year.

In January Sweden introduced ID checks for rail, bus and ferry companies as the country struggled to get to grips with a record 163,000 people who applied for asylum in 2015. The number has since dropped to fewer than 3000 a month, but the government argues the checks are still necessary.

However, many commuters complain of long delays and some say they have been forced to quit their jobs as a result. The Swedish government said last week that it had set aside 139 million kronor ($15.1 million) in compensation for transport operators for any costs incurred by the checks. The Öresund road bridge on the other hand, is likely heading towards another record year of cars crossing the bridge, reports the News Øresund website. Between January and November this year, traffic rose by 4.9 percent compared to the same period in 2015.

All it takes to set a new record in its sixteen-year history is for 56,000 vehicles to travel across the bridge in December. This has probably already happened – a total of 511,000 vehicles were registered in the same month last year.

According to Øresundsbro Konsortiet, which manages the bridge, the increase is likely partly due to train travellers choosing to take the car or bus instead in order to avoid delays caused by the ID checks.