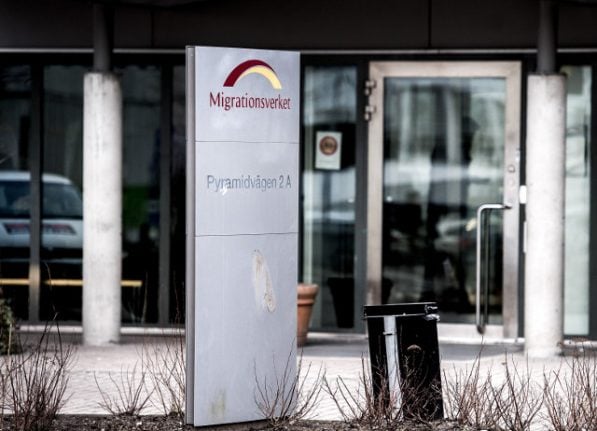 So far this year Migrationsverket has reported 671 cases of possible security risks to Säpo, a record number, compared to 461 referrals in 2015, and 109 in 2014.

Among the cases are asylum seekers as well as other people seeking a residency permit in Sweden.

The increase is likely linked to a significant increase in the overall number of people seeking asylum in Sweden, which reached a record 163,000 in 2015. The number has since dropped significantly to fewer than 3000 a month this year.

“I don’t think we will return to the level of around one hundred reports (a year) even now that the number of asylum seekers has reduced,” Migrationsverket head of special operations Oskar Ekblad told Swedish news agency TT.

Ekblad pointed out that many asylum seekers today come from war-torn places like Syria and Iraq where war crimes are committed and the wars are particularly ruthless, which can increase the risk of radicalization.

But Ekblad emphasized that the agency’s assessment process cannot guarantee that all potentially dangerous people are detected.

“Our system cannot be responsible for eliminating threats on its own, but we are there, and strengthening our capacity,” he noted.

Once Migrationsverket has passed information on to the security service, Säpo investigates the person. If that person is then considered to pose a threat to security, Säpo sends an objection note to Migrationsverket stating that it opposes the granting of a residency permit.

So far in 2016, Säpo has opposed granting a permit in 46 cases, compared to 29 the year before. Migrationsverket estimates that the number will grow next year, as Säpo’s investigation process can take some time to complete.

In the majority of cases, Migrationsverket will not grant a residency permit to the person Säpo has objected to. But that does not necessarily mean that the suspected security threat can be deported from Sweden.

“In many cases enforcement work is so difficult that it is not immediately possible to deport them,” Ekblad noted.

This is often because of circumstances in the person’s homeland, where they may for example be at risk of the death penalty or torture.

Säpo does not release information on the number of people identified as possible security threats left in Sweden.

The judicial system can take steps to make sure that known security threats are kept under surveillance. The person may be asked to report regularly to a police station for example. If there are suspicions of criminal activity, secret coercive measures like phone tapping can also be used.