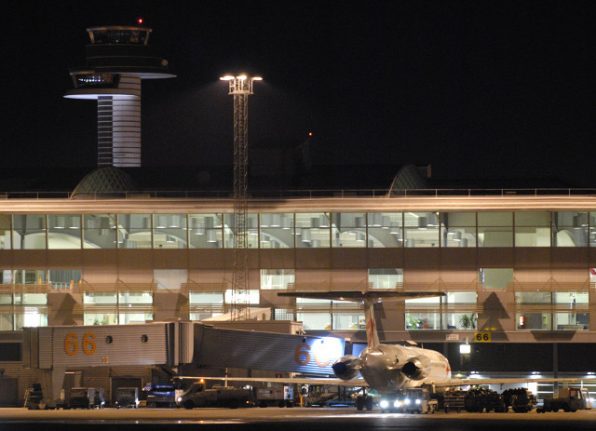 According to a report in Swedish tabloid Expressen which has not been confirmed by police, the check was done because of a tip-off that a man resembling Anis Amri, the suspect in the killing of 12 people at a Christmas market in the German capital on Monday, was on board the flight.

No one was detained and nor is anyone who was on board suspected of a crime, police said after the check was completed.

“I have just been in contact with the police control centre and the incident is over. There is no crime,” Stockholm Police spokesperson Kjell Lindgren told news agency TT.

The checks were carried out on passengers on board an Air Berlin flight which landed in the Swedish capital at 18:53 on Thursday. The operation was finished by 21:00.

A passenger who was on board the Air Berlin flight told Swedish radio station P4 Stockholm that they waited around half an hour before being allowed to come in through the gate.

“In the arrivals hall we were met with police who told us to sit down. Then they checked our passport and ID information,” he explained to P4.

Passengers were not given any information from police over why the checks were carried out, the man said. The Swedish Security Service Säpo explained that the matter was in the hands of the police.

“We’re of course following what is ongoing there and have long been working closely with the police authority. But when it comes to the work, we defer to them,” Säpo communications officer Mark Vadasz told P4.

Earlier on Thursday, a ferry on its way from Denmark to Sweden was searched by Danish police following a tip-off that Amri may have been on it, but the suspect was not on board.

For the latest from Berlin, follow The Local Germany's rolling coverage here.