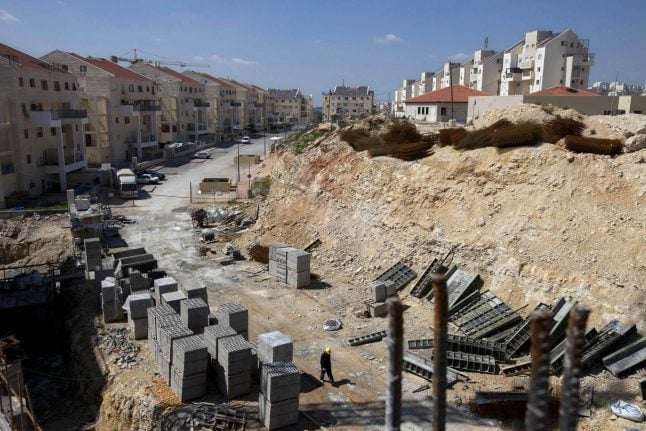 Construction at settlement of Modiin Illit, West Bank. File photo: TT
Friday's vote at the 15-member UN security council passed the resolution by 14 votes to zero, with the US, which traditionally uses its permanent place on the council to veto any resolutions critical of Israel, abstaining.
In a statement, Israeli prime minister Benjamin Netanyahu called the resolution “shameful”.
Sweden is scheduled to join the security council for two years starting in January 2017, and will chair the council during that month.
The government welcomed the decision by the council, which it said confirms the position of both the EU and Sweden on the continued Israeli settlement of the occupied West Bank, reports Expressen.
“I welcome the decision of the Security Council. It is very positive that the council, for the first time in eight years, has agreed on a resolution on the peace process,” said Wallström.
“The resolution contains an important legal clarification of the international community's position on the settlements, provides a basis for Sweden's future work in the Security Council and creates hope for young people in the region to have a future two-state solution in which Israel and Palestine can live side by side in peace and unity,” the minister continued.
Jan Hallenberg, senior professor at Försvarshögskolan (The Swedish University of Defence), told Expressen that he did not believe the UN decision would have any tangible effects.
“There is no peace process and none will come out of this. But it is an honourable and principled position,” said Hallenberg.