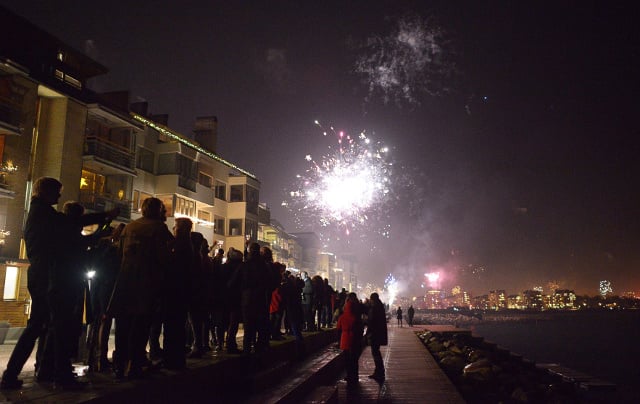 The weather forecast for New Year's Eve is about as exciting as that lukewarm bottle of bubbles you're going to crack open at midnight.

Most of Sweden will have cloudy skies and some rain or snow, but nothing likely to be memorable even if you do stay away from the champagne on the evening of January 31st.

“The last hours of the year will for the Götaland region be somewhat windy and quite a lot of clouds and perhaps some rain. Central and northern Norrland will be cloudy but there may be some snow instead of rain,” Sandra Andersson of national weather agency SMHI told the TT newswire.

New Year's Day however, when most Swedes are likely to stay at home nursing their hangovers and watching Ivanhoe for the umpteenth time in a row, looks like it's going to be nice for a day out.

“It looks like the weather's going to be nice in many places, with the exception of southern Götaland where there may be some rain. In southern Norrland and northern Götaland there's even a chance of seeing a pale winter sun,” said Andersson.