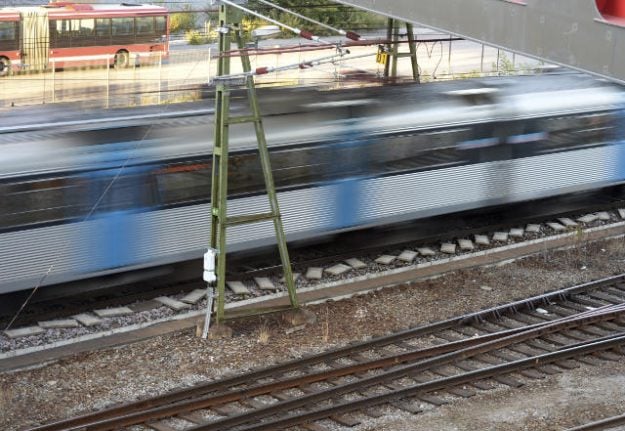 “One is injured on the throat and has an injury on the back. I’m not sure where the injuries are on the person with the more moderate injuries,” Mikael Pettersson from Stockholm police told news agency TT.

Police were called to Solna station, a busy commuter train hub for the Swedish capital, at around 11pm on Wednesday night. They are working on the basis that the altercation began on a train.

“The whole thing likely started there before finishing on the platform. We have found a few things on the train,” Petterson explained.

The weapon used in the fight is described by police as a “knife or knife-like object”.

The people involved were aged between 15 and 20, with several fleeing the scene when officers arrived. Seven people were detained for further investigation, of which two were arrested as suspects and the rest questioned.

A preliminary investigation of attempted murder has begun.