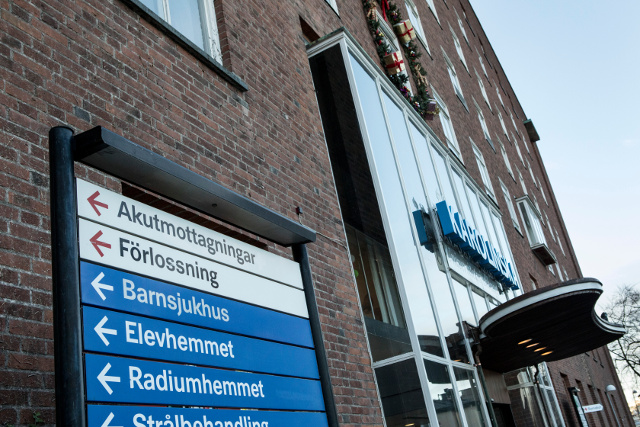 Karolinska confirmed in a statement on Thursday that its hospitals had urgently stepped up their resources to be able to handle the increased strain on its emergency departments for adults.

It said its hospital in Huddinge, south of Stockholm, was the most affected by the pressure.

“This is among other things because of the influenza and that people with other illnesses get more sensitive during the infection season,” Karolinska wrote in the statement published online.

It added that its hospitals had gone into a rare so-called 'stabsläge' as a result.

“Stabsläge means heightened preparedness for the hospital to quickly be able to decide on the reallocation of internal resources and to call in extra staff,” it explained in the statement.

In practice it could also mean for example that non-urgent operations are cancelled or that emergency patients get sent to other hospitals. So far no patients have had to be moved, but a small number have had to wait nearly 24 hours for a place at the hospital, reports the Aftonbladet tabloid.

“There are too few beds in relation to how many patients have to be admitted. We have already taken measures with extra staff and overcrowding, but that is now not enough,” Elda Sparrelid, chief physician at Karolinska's hospital in Huddinge, told the newspaper.

Karolinska has only been in 'stabsläge' once before, when the swine flu broke out in 2009.

An unusually high number of people in Sweden have been ill this winter.