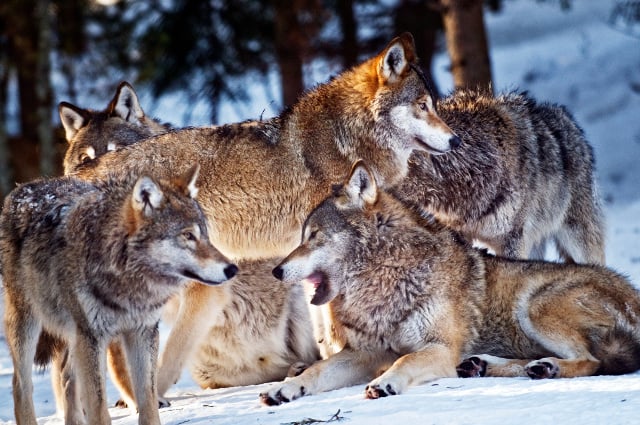 “This is an unfortunate and surprising decision,” Torbjörn Nilsson, chairman of the Swedish Carnivore Association (Rovdjursföreningen), said in a statement.

The Surpreme Administrative Court of Sweden ruled that hunting 24 wolves in four territories of central Sweden was justified despite appeals by environmental campaigners.

“We regret but respect the decision,” Johanna Sandahl of the Swedish Society for Nature Conservation (Naturskyddsföreningen) said in a statement.

However, Sandahl said the court did not take into consideration the fact that the wolf population had dropped by 18 percent, and warned that the species was at risk of becoming endangered.

Sweden has about 340 wolves according to government figures.

The wolves, thought to be an extinct species in the Nordic nation in the 1970s, are protected by the Bern Convention on the Conservation of European Wildlife and Natural Habitats of 1979.

Under Swedish law, hunting can be permitted if wolves pose a danger to livestock, as long as their own existence is not under threat.

The European Commission has urged the EU member state to completely prohibit the hunting of wolves which are “threatened by both geographical isolation and inbreeding”.

Sweden's decision comes more than a week after neighbouring Norway announced it had slashed its hunting quota for wolves from 47 to 15, concluding it would violate Norwegian law and the Bern Convention.

Meanwhile, Finnish authorities said in October they planned to maintain the culling of its protected wolf population to prevent illegal poaching, despite opposition from environmentalists.