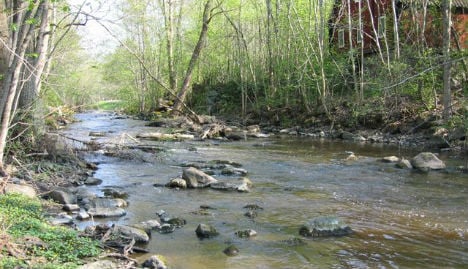 The woods around Gottsunda are popular with walkers. Photo: Gutasunds Hembygdsförening
A Swedish judge has refused a prosecutor’s request to deport five Afghan teenagers who forced a younger boy into a wood and then gang-raped and beat him at knife-point.
“Given their age and the security situation in Afghanistan, they would be hit very hard by the expulsion,” the judge said in his ruling.
The youths have instead been sentenced to a year and three months in a young offender’s institution.
The five young men dragged the victim into the woods surrounding Gottsunda suburb in the city of Uppsala at the end of October.
The beat him all over his face and body, and then forcibly penetrated him while one of the boys held a knife, threatening to stab and even kill him.
He was also bitten on his back during the assault, which lasted more than an hour.
In its judgement the court also refused the prosecutor’s demand that the five to be sentenced for the more serious charge of child rape, arguing that there was no evidence that they were aware of their victim’s age.
Despite the fact that the oldest of the perpetrators has been deemed an adult by the Swedish Migration Agency, the judge  accepted his claim to be 17 years old, meaning he can not be sent to an adult prison or serve an adult sentence up to three times as long.
The 18 year-old who filmed the attack on his smart phone  was sentenced to one year and three months in a young offender’s institution for child pornography and aggravated rape.
He threatened to release the film on social media if he went to the police in an attempt to keep the victim quiet.
The other four all also received sentences of one year and three months, including the youth deemed an adult by the Migration Agency and a 16-year-old who was also sentenced for an aggravated assault in Stockholm.
The 16-year-old told the court that he had previously been a friend of the victim and had decided to “do something” after a conflict broke out between the two.
According to the 16-year-old, another of the five attackers also had a conflict over money with the victim.