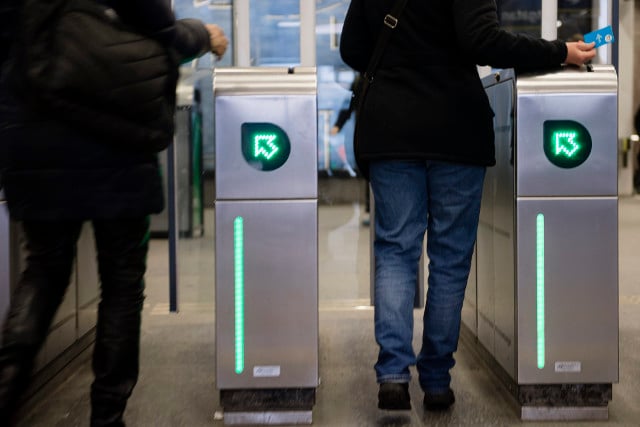 Public transport is about to get more expensive in some of Sweden's busiest regions. Photo: Vilhelm Stokstad/TT

A full list of Västtrafik’s price changes this year can be found here.

In the capital, the cost of a 30-day travelcard is set to increase for the first time since 2011. From January ninth, Stockholm operator SL will charge 830 kronor ($91.22) for adults and 550 kronor ($60.45) for those who get an age or occupation-based discount, up from a previous cost of 790/490 kronor respectively.

Single tickets for adults using an SL card to travel will increase from 25 kronor to 30 kronor, and from 15 kronor to 20 kronor for those who receive a discount. Buying a printed or mobile ticket will now cost 60 kronor for adults.

There is some good news though: SL are eliminating their zone system for single tickets, which used to mean travelling by that method cost more the further the journey was. That will no longer be the case, so a single ticket will cost the same for any journey within the region SL manages.

Skånetrafiken, which covers hubs like Malmö and Lund, already increased prices in their region in December, and further increases are not due in 2017. Commuters in the area may be aware that a standard 30-day card now costs 500 kronor ($54.95) compared to 499 before the December increase. Similarly, standard single tickets within 1-2 zones cost 25 kronor ($2.74), up from 22 kronor previously. For a reminder of the changes, a full breakdown can be found here.

Ticket prices for the journey over the Öresund Bridge to Copenhagen have not changed, so a standard 30-day travelcard from Malmö to Copenhagen for example continues to be priced at 2000 kronor ($219).

Upplands Lokaltrafik (UL) handles public transport in Uppsala and the surrounding area, and there’s a significant increase in the cost of a monthly card for that region. From the ninth of January a 30-day UL ticket will cost 795 kronor for adults ($87.38), 555 kronor ($61) for students and 480 kronor ($52.76) for pensioners. That’s up from 750 kronor, 525 kronor and 450 kronor respectively.

In central city Örebro and its surrounding area, transport authority Länstrafiken Örebro will increase ticket costs by an average of two percent from January ninth, but some prices will also go down.

A so-called 31-day “commuter ticket” (Pendlarbiljett) for the furthest distances within the authority’s jurisdiction will be capped at 1250 kronor ($137.41) for example, down from 1280 kronor ($140.71) previously. The cost of buying a mobile ticket via the authority’s app will also decrease. A list of the cost changes can be found here.

Many of Sweden’s transport authorities like for example those covering Västerås and Umeå have not announced any price changes for the year, but it is worth keeping an eye on the official website of your local authority for any relevant information and changes, just in case.