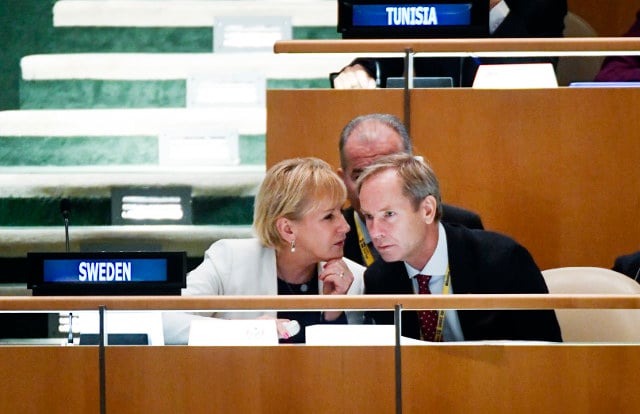 Writing in Swedish newspaper Dagens Nyheter, Wallström highlighted three areas Sweden will tackle during its presidency of the Security Council through January 2017. It is the first month of a two-year term as part of the body, after being elected in June last year as a non-permanent member for the 2017-18 period.

On top of that, it also wants to “lift the UN’s work with conflict prevention as well as the link between women, peace and security”, with an active female influence in peace processes a “strategic issue for international peace and security,” according to the Swedish Foreign Minister.

Finally, Sweden will also set out to improve the Security Council’s working methods and contribute to a “council that is more determined, transparent and legitimate”, as well as limit veto use, in particular when it comes to “situations of mass atrocities like in Syria”, Wallström noted.

Mali, Syria, Somalia, the DRC, Cyprus, Colombia and the peace process in the Middle East will all be discussed during the Swedish presidency.

Sweden’s tenure on the UN Security Council will be marked by similar themes, according to its ambassador to the UN.

“Our foreign policy is rooted in a solid foundation of international law, human rights, gender equality and a humanitarian approach. The same will apply to our term on the Security Council,” Swedish UN Ambassador Olof Skoog said in December.

READ ALSO: How Sweden negotiated a seat on the UN Security Council

Sweden will present its January programme of work for the UN Security Council on Tuesday. It will sit on the council with the five permanent members (China, France, Great Britain, Russia and the United States) as well as nine other non-permanent members.

Our 1st day as #SwedeninUNSC & President of #UNSC! Tune in Tues 5pm as we present the Program of Work for January: https://t.co/JuclIWTf2F pic.twitter.com/BhsEjR75nc