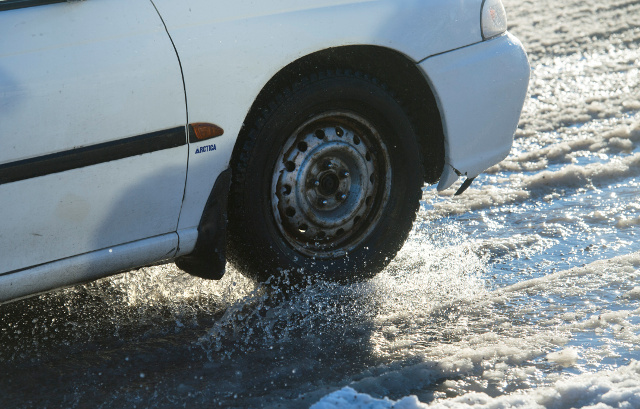 Stay safe on the roads on Wednesday. Photo: Fredrik Sandberg/TT

It said around 10-15 centimetres of snow or sleet was expected to fall within 12 hours, including winds of around eight metres a second with possible gusts measuring up to 21 m/s.

“It will then change to rain during the afternoon and evening before it moves on. Very high winds are expected,” SMHI meteorologist Niklas Einevik told the Aftonbladet tabloid.

“Temperatures will hover around zero,” he said, adding poor road conditions were expected.

Destination Gotland wrote that all ferries to and from the Baltic Sea islands would be cancelled on Wednesday.