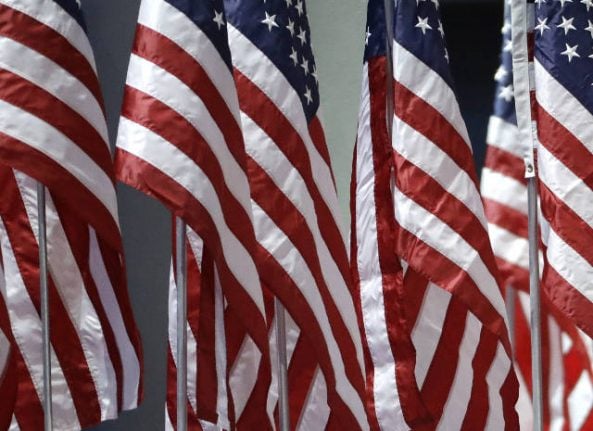 Swedish concerns over the impact the US has on world peace have grown in the last year. Photo: David Goldman/AP

Every year Sweden’s Civil Contingencies Agency (MSB) polls Swedes for their thoughts on civil preparedness, security policy and defence. The 2016 edition shows that Swedish concern for the world is high, with 73 percent saying they feel a great deal or quite a lot of fear over the political situation in the world. With 72 percent saying the same in 2015 however, little has changed in that regard.

What has changed however is Swedish attitudes to the US. While in 2015, 54 percent said they see the US as a specific or serious problem for peace and security in the world, in 2016 that increased to 62 percent.

The MSB poll was carried out between the 9th and 14th of December 2016 – well after November 8th US presidential election.

Looking to the east meanwhile, 77 percent of Swedes said that Russia is a specific or serious threat to peace and security in the world, down from 82 percent who answered the same in 2015.

The percentage of Swedes who think it is likely that the country will be targeted by a terrorist attack in the next five years meanwhile has increased slightly to 58 percent, one percent higher than 2015.

Other things seen as likely during the same five year period are a political threat from another country (47 percent) and propaganda or false information from a foreign state (44 percent).

And overall, Swedes look upon their country in a positive light: nine out of ten said that Sweden is a good country to live in.