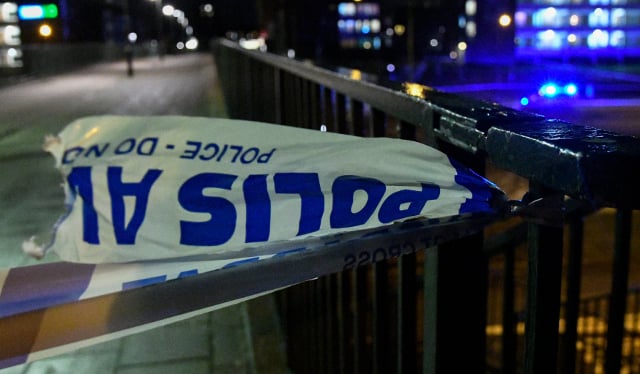 The boy is the second shooting victim in Malmö in 2017. Photo: Johan Nilsson/TT

“Rest in peace,” read many messages left on the Facebook wall of the victim on Friday.

Family, friends and Malmö residents paid tribute to the 16-year-old student, Ahmed, who died on Thursday evening after he was found with gunshot injuries in the city's Rosengård district.

“Many people are crying and others are thinking in silence,” Fahrudin Zejnic, a Malmö council education officer, told the TT newswire about pupils at the boy's former school.

“It's a child, that's what makes the difference, and that creates a lot of emotions. In that respect, I feel that this is something new, something else,” added Zejnic.

Malmö had already called in backup to help investigate the killing of a 22-year-old man earlier this year, another death in a recent spate of violence that has shaken the city this autumn and winter.

But police said they do not believe that the boy's death is linked to other murders or Malmö's notorious gang-related crimes. He has no criminal record and was not previously known to the police.

“In this case it's the complete opposite. There was nothing to indicate that this 16-year-old boy would end up in this situation and be subjected to this violence,” said Malmö police spokesperson Lars Förstell.

The boy's father, who moved with his family from Iraq to Sweden when Ahmed was seven years old, told newspaper Sydsvenskan that his son had wanted to become a doctor.

“We fled war and misery to find a safe place. And then this happens,” he said.

Several organizations and schools in Malmö are already planning demonstrations to pay tribute to the victims of recent gun violence, and to urge the shooters to put down their weapons.

“Yesterday it was Ahmed, tomorrow it could be your son. I have to know why,” said his father.

The police investigation continues. No arrests had been made by 4pm on Friday.