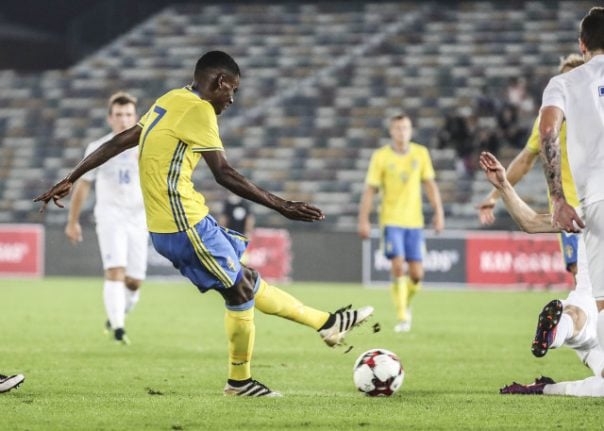 Days after making his international debut, Isak netted in the 19th minute of a 6-0 thrashing of Slovakia in a friendly in Abu Dhabi to underline the rich potential that has attracted interest from Europe's biggest clubs.

Isak, who plays in Sweden with AIK, beats the Swedish mark set by Erik Dahlström more than a century ago – he scored aged 18 and one day against Finland in 1912.

Teenager Isak on Sunday became the youngest Swedish international in more than 100 years when he made his debut as a substitute in a 2-1 friendly defeat to Ivory Coast.

Born in a Stockholm suburb to Eritrean parents, Isak hit 10 goals in 24 matches in his debut season at AIK in 2016.

Manchester United forward Ibrahimovic – the man Isak is tipped to replace in the long term – made his Swedish debut at 19 and scored his first goal for his country days after turning 20.