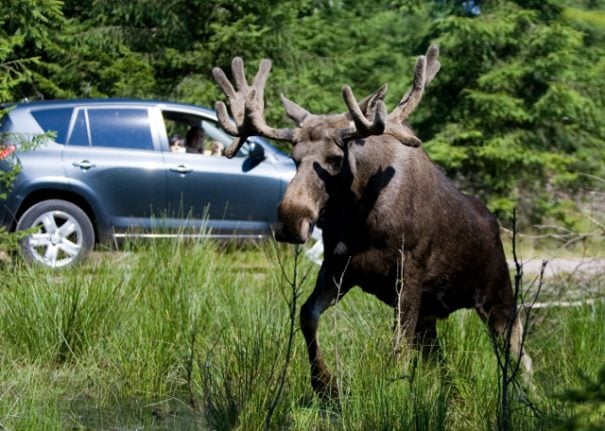 Watch out for these on the road. Photo: Björn Larsson Rosvall/TT

Drivers reported a total of 58,337 wildlife accidents to the police in 2016 according to the National Wildlife Accident Council – an increase by 20 percent on the 48,190 animals killed in 2015.

“It has never happened before that the increase has been so big from one year to another,” Niclas Dahl of Älgskadefonden, a non-profit group trying to reduce wildlife accidents, told newswire TT.

He argues that the increase is down to rising numbers of wild animals in Sweden, thanks to years of mild winters. Several dry spells have also caused the animals to travel longer distances in search of water.

Roe deer account for the largest increase in the number of accidents on Swedish roads (44,456 in 2016), but deer and wild boar collisions – and elk collisions (5,846), after years of decreasing – also increased in 2016.

“Collisions with elk is the most dangerous accident for motorists. Their long legs and heavy body make them fall down on the wind shield and it's not the front of the car taking the worst hit. They get round the built-in safety of the car,” said Dahl.