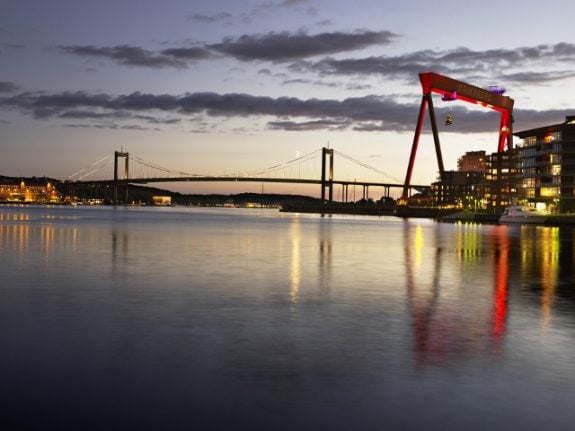 “Sweden performs particularly well across all six pillars, belonging in the top 15 in each of them,” the report notes.

“In particular it excels at retaining talent, ranking 4th. With strong formal education and excellent access to lifelong learning, the country can count on a well balanced pool of both vocational skills (10th) and global knowledge skills (11th),” it adds.

The report did also point out however that Sweden has room for improvement when it comes to its labour market flexibility, which is the GTCI’s indicator measuring the ease for organizations to hire and offer redundancy.

Debate over the difficulties involved in hiring international talent in Sweden has been a hot topic in the country recently, leading to the government announcing that it will review its rules for foreign workers.

There was more good news for Sweden in the study’s accompanying Global Cities Talent Competitiveness Index (GCTCI), where second city Gothenburg stepped out of Stockholm’s shadow and placed fifth, beating major cities like Madrid, Paris and Los Angeles in the process.

The GCTCI ranked 46 cities based on their reputation or growing footprint in attracting, growing and retaining global talent, and there was praise for the western Swedish hub.

“The high cost of living in Copenhagen, Helsinki and Gothenburg has been more than offset by these cities’ physical and information infrastructure and connectivity, strong international links and consistently high performance in quality-of -life indicators,” the study explains.

When broken down into categories, Gothenburg was ranked as a top-ten city for enabling talent, growing talent and building global knowledge.

The higher quality of life in Gothenburg and other high-performing smaller cities compared to larger metropolises was praised, as was the advantage of the strong ability in English as a second language in the Nordic hub.

“Smaller cities such as Copenhagen, Zurich, Gothenburg or Dublin are competitors to be reckoned with. They are cities where talents can find excellent career opportunities, good connectivity (broadband and transport) and a high quality of life for themselves and their families,” report author Bruno Lanvin said in a press release.

The full GTCI and GCTCI reports can be found here.