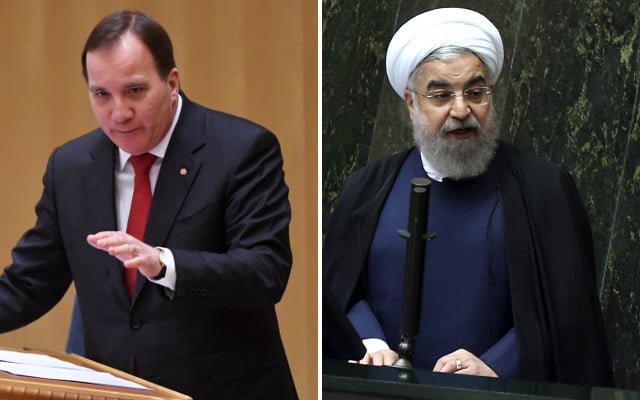 The Swedish PM's visit will take place on the 11th and 12th of February, the Government Offices of Sweden (Regeringskansliet) announced, and will also concern bilateral cooperation and developments in the region.

“There are several reasons. One is because it is a major power in the region. With us sitting on the UN Security Council I have met President Rouhani in New York and I would like to meet him in Iran. The other is clear, now that the economic sanctions against Iran are lifted is important that Swedish industry can gain access to that market,” Löfven told news agency TT.

A business delegation including representatives of a large number of Swedish companies and government agencies will also travel for the visit, led by Sweden’s minister for EU affairs and trade Ann Linde.

The delegation is part of the “Team Sweden” initiative, which aims to promote Swedish presence in growth markets.

“Historically, Iran has been one of Sweden’s most important export markets in the Middle East and several Swedish companies have long had a presence in the country,” Sweden's Government Offices wrote in a statement.

Opposition politicians have pressed Löfven to bring up human rights issues in Iran during the visit.

“It is so unbelievably important that when the prime minister travels to this kind of closed, oppressive and fundamentalist dictatorship like Iran that he is crystal clear about human rights, feminism and the death penalty,” the Liberal party’s Birgitta Ohlsson said.

“We take Swedish rights questions with us to other countries where it is warranted. I always do that and will continue to do so,” responded Löfven.