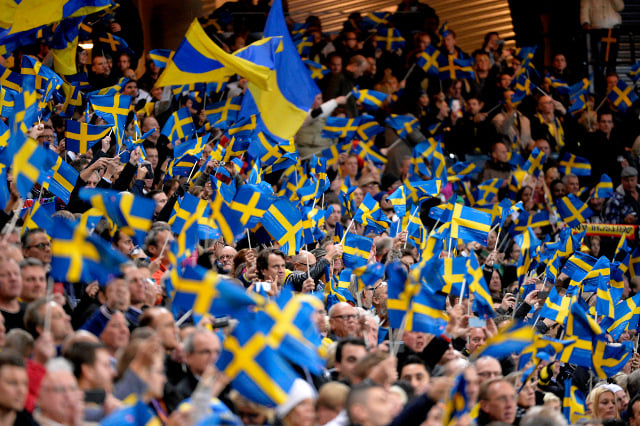 Soon there will be a lot more of these people. Photo: Anders Wiklund/TT

More specifically this coming Friday, according to the number crunchers at Statistics Sweden, who are using their “population clock” to keep track of the multiplying Swedes in real-time.

Only a few weeks ago the authority thought that the ten million mark would be hit in mid-February, but the clock appears to be ticking faster and faster on the home stretch.

At the time of publication, Wednesday noon, the population of Sweden is 9,998,812. It is impossible to know the exact time of the day Sweden gets its ten millionth resident – or who that person is.

Statistics Sweden explains on its website: “It may have been the newborn child, the person who got a residence permit or the one who returned to Sweden after a few years abroad.”

In 2010, Sweden was predicted to reach ten million in 2021, but the population has increased faster than expected. Between 2010 and 2015 the population grew by some four percent a year, behind only Luxembourg in the EU, and far above the EU's average of one percent, the TT news agency reports.

There are two reasons behind the increase: the birth rate and immigration.

“The main reason the population is increasing faster than what was thought a few years ago is because immigration was at an historic high and since then it has increased even more. Population prognoses normally expect that the immigration surplus will go down to the historic average level. That has however not happened yet,” Tomas Johansson, population analyst at Statistics Sweden, explained to The Local.

The birth surplus, or the number of newborns minus the number of deaths, has been at around 20,000-25,000 for the past couple of years. The immigration surplus meanwhile has ranged from 45,000 and 78,000, mainly because of increased immigration while emigration has remained relatively stable.