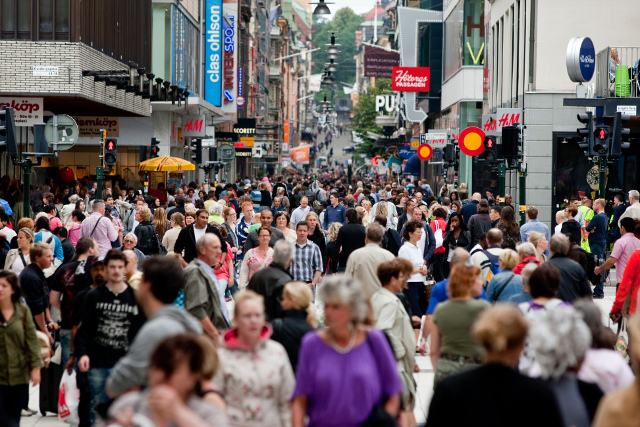 Statistics Sweden confirmed at 7.47am on Friday that the population of Sweden has hit the ten-million mark. It is impossible to know exactly when it happened or who the ten millionth person is, because of various delays when authorities report new births and new residents.

In 2010, Sweden was predicted to reach ten million in 2021, but the population has increased faster than expected. Between 2010 and 2015 the population grew by some four percent a year, behind only Luxembourg in the EU, and far above the EU's average of one percent.

There are two reasons behind the increase: the birth rate and immigration.

“The main reason the population is increasing faster than what was thought a few years ago is because immigration was at an historic high and since then it has increased even more. Population prognoses normally expect that the immigration surplus will go down to the historic average level. That has however not happened yet,” Tomas Johansson, population analyst at Statistics Sweden, explained to The Local earlier this week.

The birth surplus, or the number of newborns minus the number of deaths, has been at around 20,000-25,000 for the past couple of years. The immigration surplus meanwhile has ranged from 45,000 and 78,000, mainly because of increased immigration while emigration has remained relatively stable.

When Statistics Sweden's predecessor, Tabellverket, began keeping stats on the population in 1749, only around 1.8 million people lived in the country.