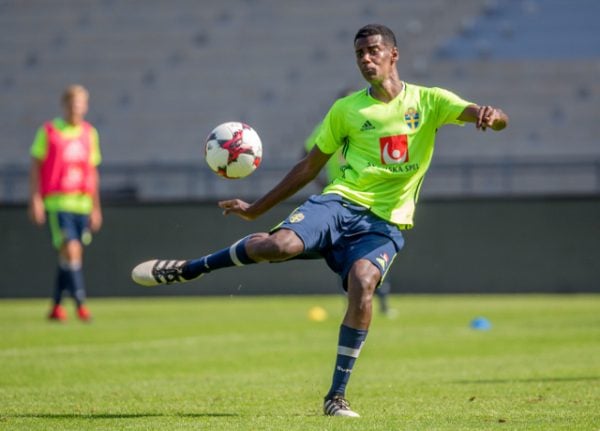 Isak, who earlier this month became Sweden's youngest international goalscorer at 17 years and 113 days, had been linked to Real Madrid but joined the Bundesliga club from Sweden's AIK after an apparent change of heart.

The gifted striker scored ten goals in 24 games in his debut season at AIK in 2016.

“Alexander Isak is a hugely talented striker who many top clubs in Europe wanted to sign,” Borussia Dortmund sporting director Michael Zorc told the club website. Borussia are currently fourth in the Bundesliga.

“We are delighted that he has chosen Borussia Dortmund. Both BVB and the player himself are convinced that this transfer has great potential.” AIK said that representatives from 90 European clubs turned up at the ground in October last year to watch the youngster play in a match against Gothenburg.

Born in a Stockholm suburb to Eritrean parents, the teenager is still a minor and so the transfer is subject to approval by Fifa, football's governing body, which the club said they expected to receive soon.

Isak became Sweden's youngest international goalscorer on January 12th in a friendly against Slovakia in the United Arab Emirates.

The previous record was held by Erik Dahlström, aged 18 years and one day when he scored against Finland in 1912.