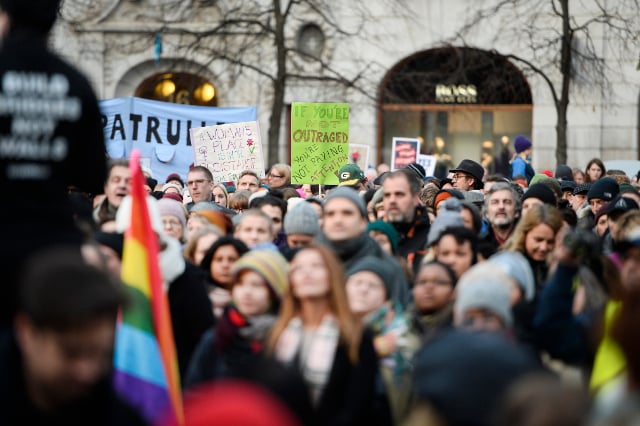 The Local reported live, capturing it all on video as protestors walked from Norrmalmstorg Square in central Stockholm to the US Embassy building in the east of the city. The route of the Stockholm Women's March, from Norrmalmstorg to the US Embassy. Photo: Google Maps

Stockholm Police estimate that around 4,000 people participated in the protest.

Before the Stockholm protest took place, organizer Lotta Kylenstierna told The Local that the march was not designed to be anti-Trump, but “we don’t need to accept the values he stands for,”.