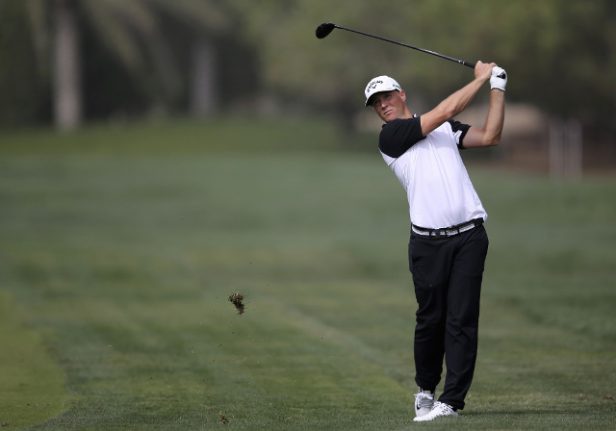 All eyes are on Alex Norén in 2017. Photo: Kamran Jebreili

The Swede, who averages almost 290 yards driving, is also well-suited to a course which rewards length off the tee, especially in the windy conditions expected to face players this week.

But despite the extra attention Norén is receiving after winning the Scottish Open, European and British Masters and the Nedbank Golf Challenge in the final five months of last year, the 34-year-old says he is undaunted by the increased expectation.

“I feel it (the pressure) as a positive. It gives me a lot of satisfaction,” he told reporters on Tuesday.

“I came here, I think 2006 on a wildcard. I got an invite and shot millions. It feels different coming here this time. I feel better than that.”

Asked to explain his dramatic improvement, Norén said it was mostly down to reducing the errors in his game.

“The skill level has not increased dramatically. It's more that I, well, I just know my game better. So I'm not going for shots that are quite low percentage.”

“I don't have really the bad shots as often as I did before.”

Norén's previous best performance in Doha was a tie for fourth place in 2013 and he also finished ninth two years later.

He is likely to be pushed hard for the $416,660 first prize by Spaniard Cabrera Bello, who has three top-three finishes in Qatar, and has likened conditions in the Gulf to his Canary Islands birthplace.

This is the 20th year of the Qatar Masters and previous winners include Adam Scott, Henrik Stenson and Sergio Garcia.

The past two tournaments have been won by South African Branden Grace, but he is not competing this time round.

This year sees the tournament finishing for the first time on a Sunday, rather than Saturday to coincide with the final day of the weekend in the Gulf.

This switch has been made to try and increase global television viewing figures for the event, tournament organisers said.