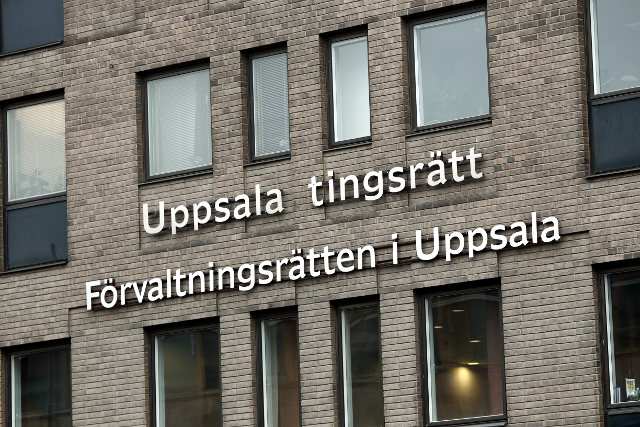 Police arrested the trio on Sunday, and on Tuesday a prosecutor asked for them to be kept in custody pending the probe into the alleged rape, which is said to have taken place in an apartment in the Swedish university city.

In Sweden, a person suspected of a serious crime can be detained before trial with the approval of a court if there is a risk that they will flee prosecution, obstruct the investigation or continue to commit crimes.

Uppsala District Court has set a detention hearing time for the men between 1pm and 3pm on Wednesday. The defence lawyer for one of the suspects said his client denies all accusations.

“I'm going to insist on my client being released because he denies all the accusations,” Andreas Welin told news agency TT.

The lawyer would not elaborate on how his client explains the course of events.

Witnesses reported alerting the police as they saw abuse streamed live in a closed Facebook group of 60,000 members. Police arrested the men upon arriving at the apartment, where they were still present along with the woman.

All three men were initially suspected of rape, but the prosecutor has requested that two of them be remanded in custody on suspicion of rape, and the third on suspicion of failure to reveal rape. All are now suspected according to the stronger degree of suspicion in Swedish law, “probable cause”.

Uppsala’s deputy chief prosecutor Magnus Berggren told The Local on Tuesday that investigators had been able to get hold of certain still images and footage, but were still working to find the particular video sequence allegedly showing the rape. Appeals have been put out for anyone in possession of it to get in touch with authorities, while Facebook were also asked to retrieve the video.

“In order to get as a clear a picture as possible we are questioning people who have at least seen parts of the live streaming on Facebook,” Berggren said.

“A film would of course have been central evidence, but there is also other evidence,” he added.