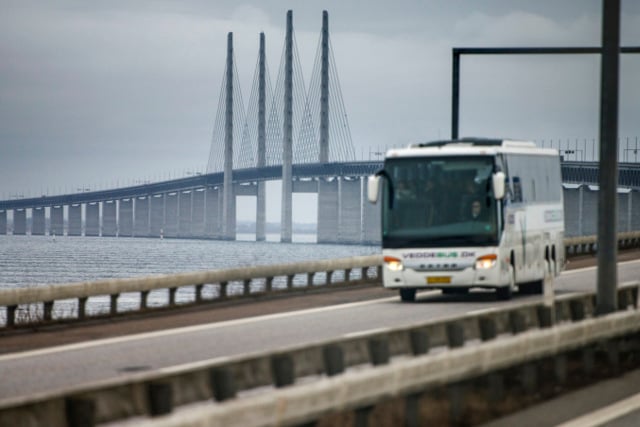 Sweden has border controls in place at the Öresund Bridge to Denmark, as well as southern ports. Photo: Emil Langvad/TT

The controls at ports in the south of Sweden and on the Swedish side of the Öresund Bridge to Denmark were brought in during the autumn of 2015, a year where the Swedes received a record 163,000 asylum applications.

The measures were originally only supposed to last six months, but they were extended by a further half year last May, then by three further months last November.

And Swedish interior minister Anders Ygeman says little has changed since then to suggest the measures can be removed when their current period of validity expires in February.

“Right now there has been little indication that the situation is different than when we took the previous decision,” he told news agency TT.

The European Commission last week recommended that Sweden, along with the four other countries within the passport-free Schengen zone which currently have controls in place, should be allowed to extend them by an additional period of three months.

In a Swedish government report to the commission submitted this month, interior minister Ygeman argued that the controls are necessary to respond to serious security threats which still exist while the EU has problems managing its external borders, and that there are still many migrants within the union who are not recorded in the EU fingerprint database, which makes it difficult to deport them to other EU countries should they show up in Sweden.

In the report it was also revealed that 231 people were were rejected at the border out of the 767,000 who were subject to controls in Sweden during the last month of 2016.

The controls, along with ID checks which are in place for train travellers across the Öresund Bridge, have been criticized for the delays they can cause commuters. Ygeman insisted that the measures have now been streamlined however and go much faster than before.

But a return to the days when trains departed across the bridge at 10 minute intervals will require further improvements still, according the minister, who blamed a lack of flexibility from Denmark for tardiness.

“It has been difficult to get the Danes interested in making the controls more flexible,” he noted.

Like the border controls, the current period of validity for the Swedish ID checks runs until February, and a decision on whether they will continue is expected soon.