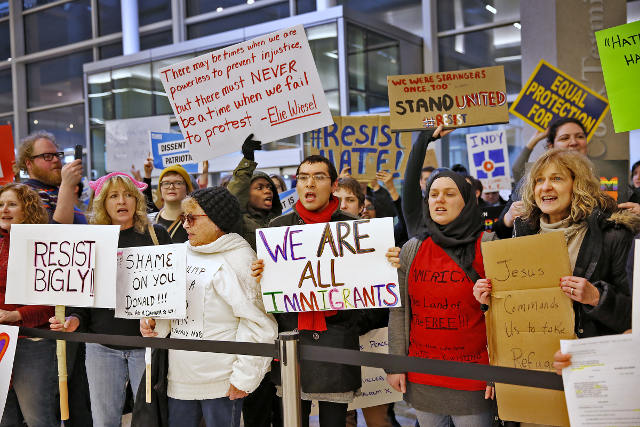 Last Friday, US President Trump signed an executive order banning people from Iran, Iraq, Libya, Somalia, Syria, Sudan and Yemen from entering the country for 90 days regardless of their US visa status or permanent residency (though the Trump administration has subsequently back-pedalled and said it will not apply its ruling to those with American green cards).

For Swedes who hold dual citizenship with the seven countries covered, the ban has created an uncertain situation. Confusion reigns at the moment, according to Swedish Foreign Minister Margot Wallström, who says it has been difficult to get clear details from the US.

“The latest, unconfirmed word is that Swedish-Iranians will not be allowed in,” she told broadcaster SVT on Sunday evening.

Sweden's Foreign Ministry (UD) is due to meet with the US chargé d'affaires on Monday to discuss the issue.

While the International Air Transport Association (IATA) believes that those with dual citizenship and by extension two passports could be granted permission to visit if they travel using a passport not covered by the ban, Scandinavian airline SAS is not so certain, emphasizing that the decision is in the hands of US authorities.

“If you're uncertain about what applies, it's best to contact the US embassy before you check in. There is obviously a lack of clarity on this issue,” SAS communications head Karin Nyman told news agency TT.

Among those who could be hit are Swedish-Iranian actress Bahar Pars, who is due to attend the Academy Awards in February for her part in Oscar-nominated movie A Man Called Ove.

Swedish Moderate MP Hanif Bali, who was born in Iran, has criticized the effectiveness of Trump's move.

“Trying to address the problem with illegal immigration or terrorism for that matter through hitting legal migration is a pretty ineffective idea,” he said.

Bali added that issues for people with dual citizenship started during the previous US administration, which ruled that Swedes who had citizenship in or had applied for citizenship in countries like Iran, Iraq, Sudan and Syria would allowed to use the simplified ESTA system to travel to the US, and instead had to use the more expensive and slower travel visa application process.

“I see it as a continuation of the policy which the USA started in Obama's time. There were very few who raised their voices then,” Bali said.

Around 90,000 people of Iranian background live in Sweden, of which 50-60,000 have dual citizenship. The Swedish-Iranian Association (Iranska riksförbundet) has asked Foreign Minister Wallström to emphasize to the US Embassy about how big a concern the ban is for many Swedish citizens.

In a statement released on Sunday night, Wallström called the US ruling “regrettable” and said it would increase distrust and conflict.

She also pointed out that there was a lack of clarity over how dual citizens would be impacted, and that the “need for clarification from the US administration over what applies is significant”.