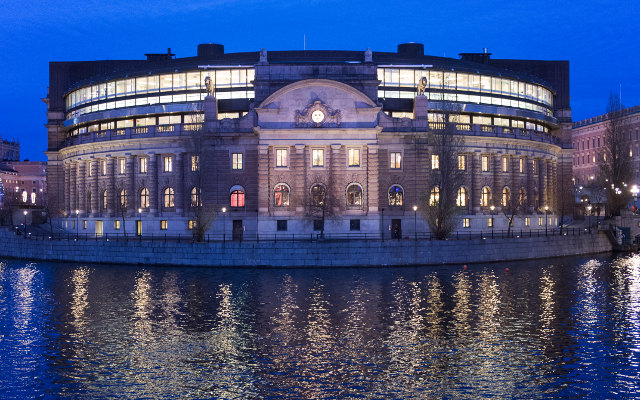 File photo of the Swedish government building in Stockholm: TT

“We are pleased that how the new rules for entry visas to the United States will be applied has now been clarified,” the Swedish government said in a short statement on Wednesday morning.

The executive order signed on Friday banned people from Iran, Iraq, Libya, Somalia, Syria, Sudan and Yemen from entering the USA for 90 days, creating confusion for thousands of Swedes with dual nationality.

On Tuesday, Sweden's Foreign Ministry had said it was “still waiting for answers” on the terms of the ban, with a spokesperson saying: “I think they [American officials] are waiting as much as we are for the central government to clarify what the meaning is.”

But despite the news that Swedes with dual citizenship will be able to travel to the US, the government said it “maintained its criticism” of the ban, which targets majority-Muslim countries.

“We maintain our criticism of the decision to completely shut out citizens from seven countries, and the total stop to accepting refugees,” the statement said.

Swedish Moderate MP Hanif Bali, who was born in Iran, had criticized the effectiveness of Trump's move at the weekend.

“Trying to address the problem with illegal immigration or terrorism for that matter through hitting legal migration is a pretty ineffective idea,” he said.