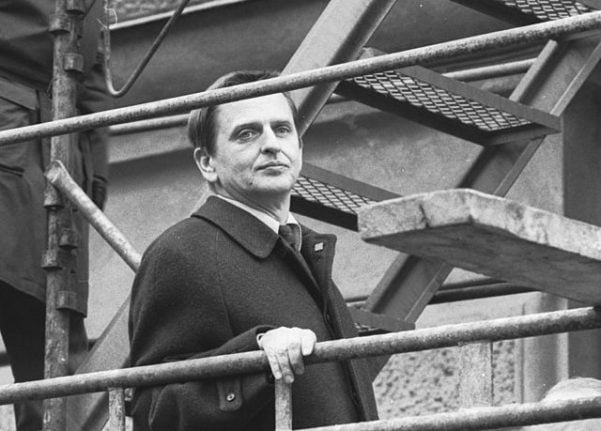 Olof Palme in an undated file photo from the 1970s. Photo: Oiving/Wikimedia

Olof Palme was born into an upper-class family in Stockholm on January 30th, 1927. Despite his privileged upbringing, Palme found his political and ideological home with Sweden’s centre-left Social Democrats, a party traditionally aligned with Sweden’s labour unions, and a champion of a strong welfare state and equal rights.

“His commitment to equality – and to always take side with the weaker, powerless party – is to me an inexhaustible source of inspiration,” says Sundström, who currently heads the Olof Palme International Center, founded in 1992 as an umbrella organisation for the Swedish labour movement that works in the spirit of Palme for democracy, human rights and peace.

“The legacy of Olof Palme is vast – both when it comes to national and international polices…He never compromised his strong belief in the equal rights of all people.”

Palme joined the party following a year studying abroad in the United States, where he was inspired by student activism and the vibrancy of the labour movement.

He said later in life that his year studying and travelling in the US helped shape his socialist sympathies, playing a pivotal role in a political awakening that also turned him into a champion for women’s rights.

“Palme recognized the importance of work for the independence of women,” says Sundström, who credits Palme as the “founding father” of Sweden’s famed parental leave and subsidized childcare systems.

“To a large extent we have him to thank for gender equality being such a strong cornerstone of Swedish society.”

'He made Sweden world famous'

He rose quickly through the ranks of the Social Democrats, the party that more or less governed Sweden from the mid-1930s through the 1980s, working for Prime Minister Tage Elander in 1955 before gaining a seat in parliament in 1957.

After holding several ministerial posts, Palme took over as leader of the Social Democrats and Prime Minister when Elander stepped down in 1969. He remained a towering – and controversial – figure in Swedish politics for the next 25 years.

“He was heavily criticized and even detested by some but by others seen as a hero. He showed that even a small country can play a big role internationally.”

Braveness to speak out

But his life and career were cut short on February 28th, 1986. Strolling down the street in central Stockholm with his wife following a visit to the cinema, an unknown gunman fatally shot Palme.

The killing sent shock waves through the country that still reverberate today – in no small part because the killer was never identified or brought to justice.

Despite (or perhaps because of) the tragic circumstances of his death, Palme’s legacy has continued to shape Swedish politics and the perception of Sweden internationally.

“His legacy is that of braveness to speak out on injustice, prejudice and inequality,” says Sundström.

Sundström and her colleagues at the Palme Center, which operates development programmes in more than 20 countries, see evidence of Palme’s international legacy on a regular basis.

“In many of the countries where we work Olof Palme is still remembered, surprisingly often also among young people,” she says.

“In countries such as South Africa, Palestine and Vietnam, Olof Palme has a special place in history.”

This year’s recipients, mayors Spyridon Galinos of Lesbos and Giusi Nicolini of Lampedusa and Linosa, were recognized for “their inspiring leadership in one of the most difficult periods of our time, thereby having saved thousands of lives and given hope and belief in the future”.

Speaking at the awards ceremony, Mayor Galinos invoked Palme’s legacy when describing Lesbos as a “beacon of light” during a time when many dark, fascist forces are rising in Europe. “My dream is that this small light, which started in Lesbos, will grow stronger and awaken people throughout Europe. For great ideas can survive any crisis and can even withstand bullets, such as that which caused the untimely loss of Olof Palme, whose memory will never be forgotten,” she said.

“Our common fight to uphold those ideas and ideals must be a fight to the end.”

Sundström from the Palme Center agrees.

“He matters more than ever I would say,” she says.

“We live in a time where nationalism and protectionism undermine democracy and basic human rights. This trend must be resisted and reversed.

“Olof Palme’s values-based leadership is an inspiration and shows that it can be done – but it takes courage.”