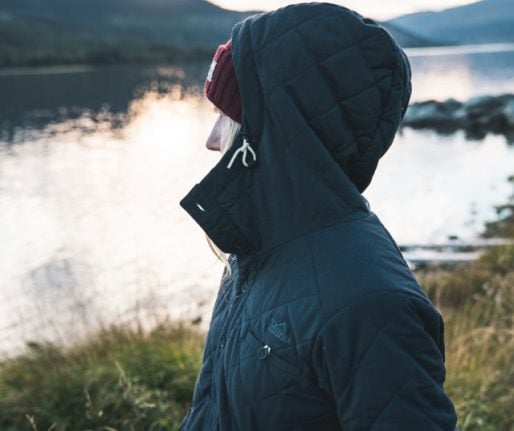 A jacket made out of beans, wood and nuts. Really. Photo: Tierra

Tierra claim their new jacket is the first in the world comprised entirely of 100 percent plant-based materials since synthetic fossil-based polymers were invented and started to be used in clothing production in the early 1900s.

Whether that's true or not, it's certainly unusual sounding. The main outer material is made from a castor bean base described as resembling nylon, the buttons, from a tree, and the string from cotton. Proof the Swedes really are more concerned with the environment than most?

“In the Swedish textile industry we tend to be very well-informed and knowledgeable when it comes to the problems in textile production. In part because of our education, and in part because of the public debate on environmental problems here and the love of nature,” Tierra head of product development Erik Isaksson told The Local.

“If you’re well-informed and dare to ask your supplier tough questions about the circumstances the product is produced in, and where the raw materials come from, you get a more complete picture of the entire chain and find it easier to make choices about where to produce things, and which materials should be used,” he added.

The jacket will soon be sold in Sweden, so a general public which knows a thing or two about the cold will be able to test whether it really is capable of withstanding a Swedish winter without anyone noticing it's made from plants, as its creators suggest. The idea is to use it as a platform to continue developing more new materials and sustainable solutions in the future.

But not everyone shares the Swedish obsession with sustainability, the developer admits: